Colombia and Venezuela work for peace 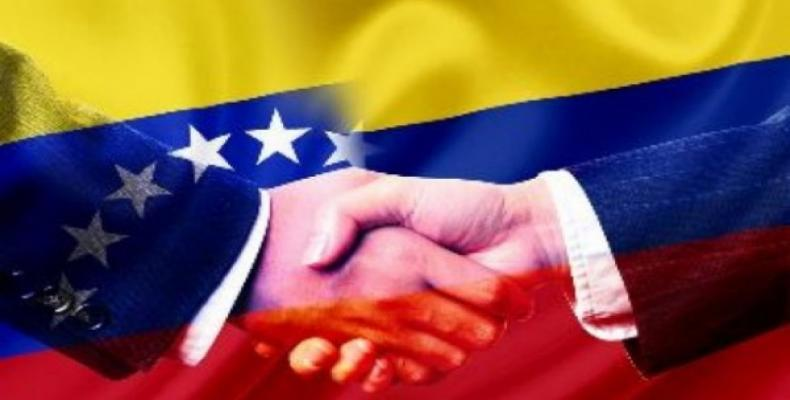 Colombia and Venezuela are meeting again, after years of tensions and disagreements.

Colombia and Venezuela are meeting again, after years of tensions and disagreements. The new government of Bogota, presided by Gustavo Petro, has opted for peace and good relations with the neighboring nation, with which it shares 2200 kilometers of border, interests and history.

One of the first steps has been to resume diplomatic ties, broken since 2019 when then Colombian President Iván Duque recognized opposition ringleader Juan Guaidó as interim president of Venezuela.

Unconstitutional was Guaidó's declaration, which had the approval of the United States and disregarded the will of the Venezuelan people to ratify Nicolás Maduro as the legitimate president of the South American country at the ballot box.

However, Duque would persist in his attitude, under his mandate Colombian territory was used for various provocative and aggressive actions against Venezuelans. Let's not forget the concert held at the common border, under the pretext of bringing aid to Venezuela, in the face of an alleged humanitarian crisis.

A year later, in 2020, we have Operation Gideon, with the landing on Venezuelan soil of mercenaries, trained in Colombian territory, who had the objective of capturing Maduro.

But the arrival of Petro has made a difference, he has brought a radical change. Already during his campaign for this year's general elections, the current tenant of the Casa de Nariño had stated that it made no sense for two nations with so many interests to harm each other.

Hence, another step in the rapprochement between the two states will be the reopening, next Monday 26th, of the common border. Likewise, air connections and cargo transportation will be resumed.

A decision that will favor the development of economic ties and commercial exchange, very active years ago and that benefits the inhabitants of both sides.

Likewise, at Bogota's request, Caracas agreed to be a guarantor in the future peace dialogue between Petro's government and the guerrilla National Liberation Army.

Colombia and Venezuela are taking concrete steps towards dialogue and peace. There is a clear willingness of both governments to resume ties between two friendly peoples.