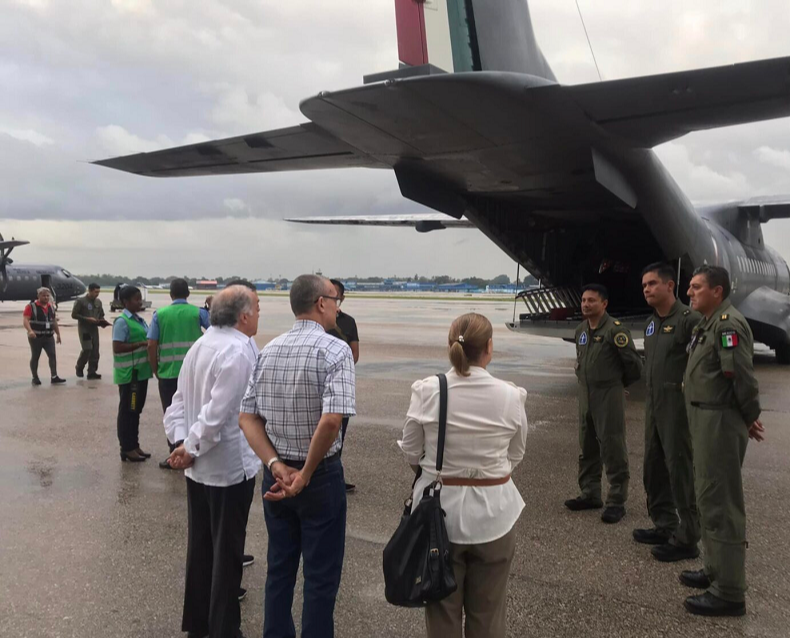 Mexico has once again demonstrated its unconditional friendship with Cuba.

Mexico has once again demonstrated its unconditional friendship with Cuba. After the devastating passage of Hurricane Ian, which with Category 3 on the Saffir Simpson scale affected western Cuba at the beginning of this week, the solidarity aid from our brother country has been immediately effective.

In the last few hours, two planes from Mexico arrived in our territory with electrical material to contribute to the repair of the network in the province of Pinar del Río, the most affected by the meteorological event.

President Andrés Manuel López Obrador pointed out that this aid determines the continuity of the exchange between both nations, which has been constant in recent years.

Let us not forget that during the fire at the Matanzas supertanker base last August, Mexico was also present with its invaluable contribution. Chemical supplies arrived in the archipelago to quell the large-scale fire.

Likewise, members of the Armed Forces and technicians from Mexican Petroleos traveled to Cuba to help control the fire together with Cuban firefighters.

Mexico had already shown its solidarity with the people of the Greater Antilles. During COVID 19 and in the midst of the intensification of the genocidal U.S. blockade, it sent food and medical supplies necessary to attend to those sick with the virus.

Mexican ships arrived in our country with syringes, means of protection for health personnel, oxygen tanks, various foodstuffs and fuel.

The Antillean nation, as a sign of the solidarity present in bilateral relations, sent health professionals to Mexican soil to help in the fight against the virus.

López Obrador was also constant in his denunciation of the reinforcement of the economic siege in the context of a world pandemic caused by the new coronavirus.

Condemnation against the unilateral measure, rejected by the international community at the UN, which has not ceased to be heard since López Obrador assumed the presidency of Mexico in 2018.

A long history of friendship unites Cuba and Mexico, which has always accompanied the Cuban people, not only in extraordinary moments, but systematically.