Cooperation for peace and sustainable development 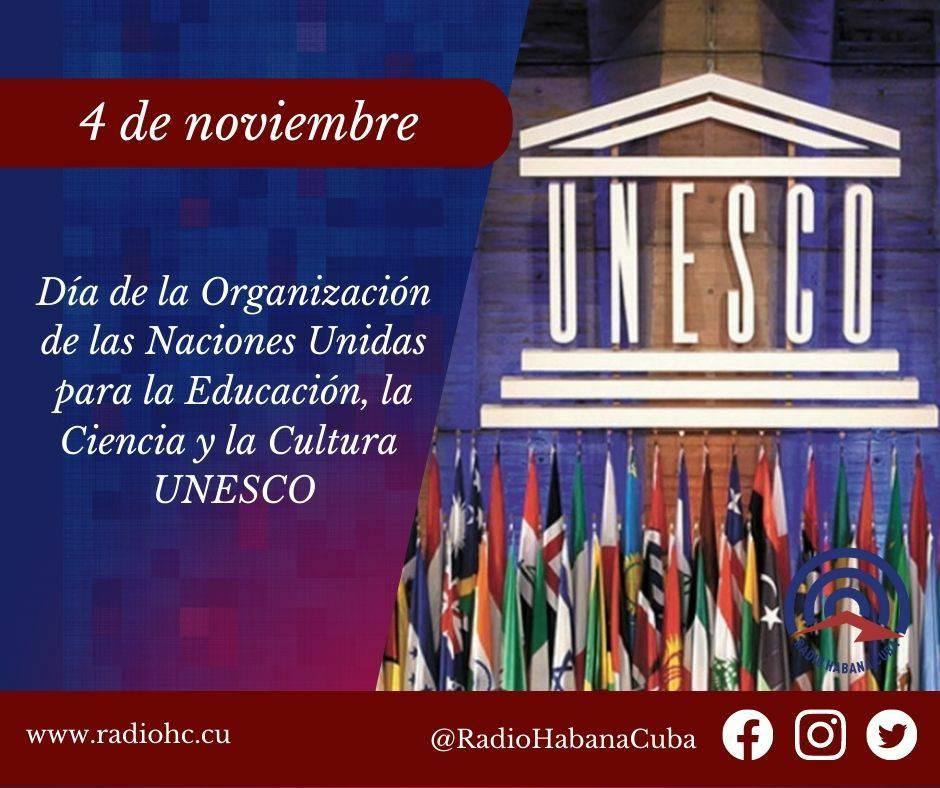 Today is the International Day of UNESCO, the United Nations Educational, Scientific and Cultural Organization, with which Cuba has maintained a close and fruitful relationship for more than seven decades.

Today is the International Day of UNESCO, the United Nations Educational, Scientific and Cultural Organization, with which Cuba has maintained a close and fruitful relationship for more than seven decades.

There is a mutual commitment to peace, sustainable development, solidarity and international cooperation, and they have worked together on this path throughout this time.

The UN agency has accompanied the largest of the Antilles in its efforts to implement the 2030 Agenda and its 17 Sustainable Development Goals, several of which have already been met by our country, despite the limitations imposed by the economic siege imposed by the United States.

Cuban authorities have highlighted UNESCO's support in the sixty-year battle waged by the Cuban people against the criminal U.S. blockade, which affects the daily lives of families and such important spheres as education, science and culture.

Likewise, the organization has made it possible for the world to learn about the progress made by the Caribbean nation in education and science, which places it at the level of developed countries.

There have been many joint programs. Today, for example, they are developing the Transcultural Project Cuba, Caribbean and European Union, which seeks to strengthen the capacities of young people in the region in various fields such as creation, trades related to conservation and restoration, photography and audiovisual, among others.

The United Nations Educational, Scientific and Cultural Organization has recognized the solidarity response of the archipelago to the fight against Ebola in West Africa, in 2014, and more recently against COVID 19.

Cuba has also been at UNESCO's side in its efforts to eliminate illiteracy in the world. It has made available to numerous nations its "Yo sí puedo" literacy method, which has enabled more than ten million people to learn to read and write.

It has been a member of numerous intergovernmental bodies in all areas of UNESCO's mandate, from which it has offered its experience and knowledge.

There is a fluid and transparent dialogue at the highest level between the two parties, which has made it possible to join forces to work for peace and a just and inclusive world, where the human rights of each of its inhabitants are respected.