More than a century since an event that changed the world 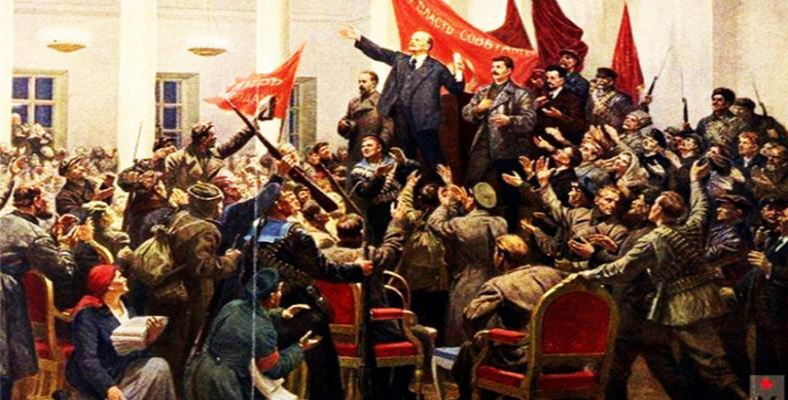 It is not possible to talk about the history of humankind without mentioning a tracescedental event that in the 20th century changed the world.  105 years ago, the great October Socialist Revolution in Russia placed power in the hands of the workers and peasants, and created the essential conditions for the victory of a new system: the socialist system.

This process constituted the radicalization of the Russian Revolution of 1917, after the revolutionary movement of February and the abdication of Tsar Nicholas II.

Internally, the revolution led by the Bolshevik Party, under the leadership of Vladimir Ilich Lenin, gave life to a new state, in which the people became the owners of the country's wealth. The foundations were laid for the transformation of an enslaved, backward and socially unequal Russia into an advanced country.

Five years after the relevant event, the USSR, Union of Soviet Socialist Republics, was officially constituted, which reached a great technological and industrial development, eradicated illiteracy, generalized schooling and achieved a high scientific level, among many other economic and social advances.

But the October Revolution went beyond Russian borders. Its triumph demonstrated, in fact, that capitalism could be overthrown and gave rise to a worldwide movement of great magnitude, which had repercussions in Europe, Asia, Latin America and other parts of the planet.

The historic leader of the Cuban revolution, Fidel Castro, summed up its undeniable influence when he stated that: "No event has ever had such an influence on the minds of men, the destiny of peoples and the progress of the world".

And it is that the October Revolution undermined the domination of imperialism, provoking the rise of the national liberation movement among the oppressed peoples. It made possible the process of decolonization and the realization in other nations of the right of peoples to self-determination and independence.

Cuba was no stranger to such a great event. Its ideals bore fruit on our soil, until we became the first socialist state in the western hemisphere and an example and guide for the peoples of the so-called Third World.

Since the disappearance of the socialist system in Europe at the end of the last century, there have been attempts to make people believe that his ideas failed. However, as pointed out by Army General Raúl Castro, "The ideals that motivated workers, peasants and soldiers in the construction of the first socialist state, under the accurate leadership of Lenin and the Bolshevik Party, remain fully valid".

The causes that originated the Russian revolutionary process linked to the concentration of wealth, exploitation, discrimination and inequality are present and with greater force in today's world, 105 years later, that is why socialism remains in force, as a fairer and more inclusive system.

Without any doubt, the October Socialist Revolution was a hope and a guide for millions of people in the world, proclaiming the elimination of the exploitation of man by man, and the construction of a society of plenitude for humanity.