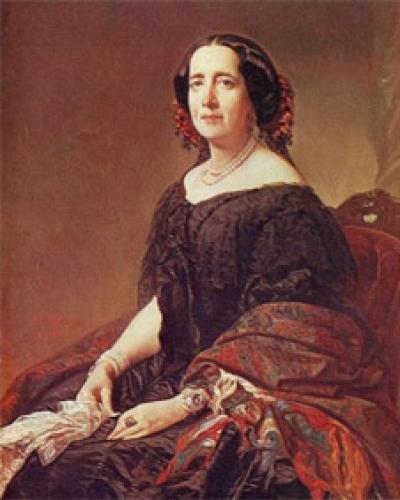 The home where 19th century Cuban poet, Gertrudis Gómez de Avellaneda, was born in the central eastern city of Camagüey, formerly known as Puerto Príncipe, will be declared a National Monument in February.

The President of the National Heritage Council, Gladys Collazo, is reportedly scheduled to attend the declaration, which pays tribute to the bicentennial of the famous Cuban poet’s birth, favors the protection of the site where she lived for a short time and commemorates the 500th anniversary of the city’s establishment.

The designation is granted due to the historical and cultural values of the site where Avellaneda was born on March 23rd, 1814, rather than by its architectural features.
Gertrudis Gómez de Avellaneda has an extensive literary work, including poetry, drama and narrative, is one of the top 19th century writers on the island, and even though she lived a great part of her life in Spain, her texts constantly evokes her birthplace.