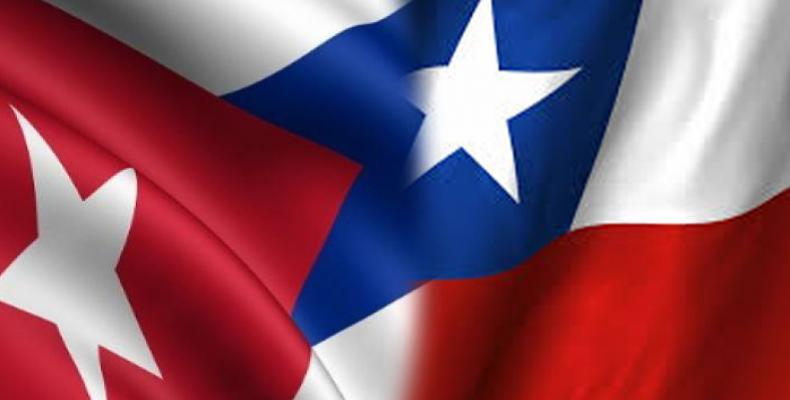 As Cuba continues to open up its economy to direct foreign investment, there is increased interest on the part of Chilean entrepreneurs to step up Chilean business presence on the island.

Attractive opportunities become available today for big, medium and small enterprises under the new Foreign Investment Law approved in the Cuba on 2014.

An updated version of the opportunities provided by this law, as presented at the recent International Fair in Havana, features some eighty additional projects, for a portfolio of potential investments that is estimated at EIGHT BILLION DOLLARS.

The portfolio includes projects in twelve sectors of the Cuban economy, from tourism to oil, agriculture, food, and more.

It’s no small wonder that the Chilean entrepreneurs rushed to grab some of the most attractive offers.

Last November, a Chilean commercial investment group visited Cuba and held no less than fifty exploratory meetings and visits to sites of interest.

Then during the recent trip to Cuba by Chilean Foreign Minister Heraldo Muñoz a Joint Business Committee was set up, an effective tool for the identification of mutually interesting opportunities.

In the opinion of both countries, the perspectives newly opened are enormous, mainly in the areas of health, sports, air transport and agriculture,

Now, representatives from more than one hundred and fifty Chilean businesses are attending a seminar in the Chilean capital on Cuban opportunities for investment, with the participation of experts from the Caribbean nation in such fields as health, energy and mining.

Also attending the Seminar are experts from the Mariel Special Development Area, a megaproject located at the port of Mariel, an industrial maritime development some twenty five miles west of Havana, destined to become an important engine for the economic development of the Cuban nation.

The meeting underlines the importance Cuba gives to commercial exchange and cooperation with Latin America.

In the opinion of Chilean entrepreneurs, the volume of exchanges is still low and must be increased as new possibilities become available.

Chile is asserting that it wants to be part of the Cuban opening process through economic cooperation and is ready to help the development of the deep transformations undergoing in Cuba, a Caribbean nation bent on advancing forward towards a prosperous and sustainable socialist society.