World Environment Day Provokes Warnings That 'To Care for Humanity, We Must Care for Nature' 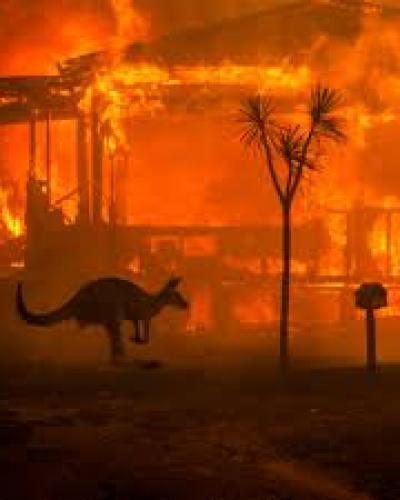 As a pandemic that's killed over 393,000 people rages on and demonstrations demanding racial justice continue across the globe, the international community on Friday marked World Environment Day with scientifically supported warnings about the importance of protecting nature for the future of humanity.

Climate campaigners, including members of the youth-led Fridays for Future movement, as well as other activists, scientists, policymakers, and global figures such as United Nations Secretary-General António Guterres publicly called for more ambitious environmental action around the world.

The theme of this year's World Environment Day (WED)—an annual event the U.N. has held since 1974 to raise awareness and generate political momentum around environmental issues—is biodiversity, or the variety and variability of life in a particular place or on the entire planet.

"With our increasing demands, humans have pushed nature beyond its limit," explains an official WED 2020 website. "The emergence of Covid-19 has underscored the fact that, when we destroy biodiversity, we destroy the system that supports human life."

Guterres echoed that message in a WED-focused statement and video address Friday to the Beethoven Pastoral Project, declaring: "Today, nature is sending us a clear message. We are harming the natural world—to our own detriment."

"Habitat degradation and biodiversity loss are accelerating," he said. "Climate disruption is getting worse. Fires, floods, droughts, and superstorms are more frequent and damaging. Oceans are heating and acidifying, destroying coral ecosystems."

"And now, a new coronavirus is raging, undermining health and livelihoods," Guterres added. "To care for humanity, we must care for nature. We need our entire global community to commit to a green, resilient, and climate-friendly future. Let's listen again to Beethoven and heed the message of his music."

Activists with Fridays for Future—the global school strike for climate movement sparked by Swedish teenager Greta Thunberg—acknowledged WED and the links between human health, environmental degradation, and the climate crisis in Twitter posts about their protests, which have mostly moved online due to the pandemic:

Morgan also shared a Greenpeace video highlighting how "scientists and nature experts have rung the alarm bells about what would trigger pandemics like Covid-19."

The video features clips of researchers explaining their concerns and findings about the consequences of destroying natural habitats—including increased risk of diseases like Covid-19 that threaten human health on a global scale.

The calls Friday for ramping up global efforts to safeguard nature followed similar demands from conservationists and scientists throughout the week.

World renowned primatologist Jane Goodall said during a Tuesday webinar that "our disrespect for wild animals and our disrespect for farmed animals has created this situation where disease can spill over to infect human beings." She warned humanity would soon be "finished" without rapidly reforming the global food system and ending the destruction of wildlife.

A study published Monday found that the current mass extinction crisis is "human caused and accelerating," and "may be the most serious environmental threat to the persistence of civilization, because it is irreversible." The report's authors and other scientists emphasized the threat that destroying nature poses to the future of human life on Earth.

"Extinction is a political choice," Center for Biological Diversity senior scientist Tierra Curry declared in response to new extinction study. "We've reached a crossroads where our own future is at stake if we don't move away from fossil fuels and end wildlife exploitation, and at the same time, necessarily, address poverty and injustice."