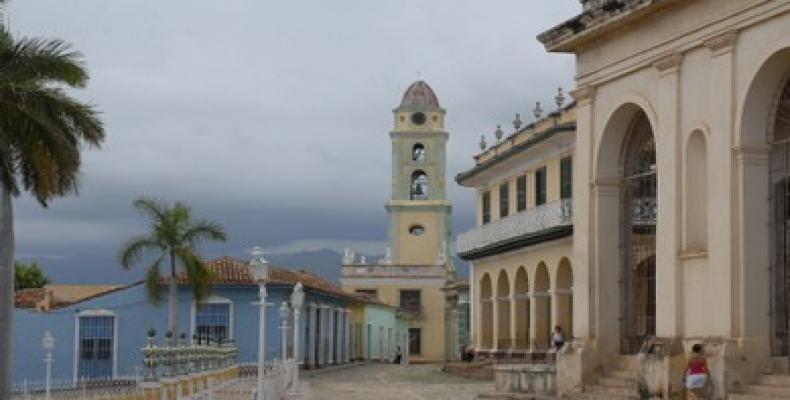 Havaba, January 13 (RHC)-- The colonial city of Trinidad is celebrating the 505th anniversary of its establishment, showcasing one of the most beautiful and best preserved cities in the Caribbean.

One of the most visited towns in Cuba, Trinidad, in the province of Sancti Spiritus in central Cuba, maintains a charming colonial atmosphere with its uneven cobbled streets, quiet plazas, churches, palaces, red-tiled roofs, wooden shutters and wrought-iron grilles. Bicycles and horse-drawn carts bump along streets lined with untidy pastel-colored houses, where open doors afford brief views of people on rocking chairs and wooden birdcages.

Surrounded by sugarcane plantations, and situated between the Topes de Collantes Mountains and the Caribbean Sea, it has been one of Cuba’s World Heritage Sites along with the Valley of Sugar Mills.

Trinidad, originally known as Villa de la Santísima Trinidad, or City of the Holy Trinity, was founded by Spanish conqueror Diego Velázquez in early January, 1514, in the site where it’s located today, surrounded by mountains. Francisco Iznaga, a rich Basque landowner in the southern part of Cuba during the first 30 years of colonization, was elected Mayor of Bayamo in 1540, originating a powerful lineage that finally settled in Trinidad where the Iznaga Tower is situated. His descendants fought for the Independence of Cuba from Spain later.

Those visiting the 505-year-old city will find Spanish colonial architecture, underscoring a colonial ambiance that marks the tiny city, one of the country’s greatest attractions. The city can be toured in a few hours, by foot or by horse-drawn carriage.

The neo-baroque style Main Plaza is surrounded by great colonial buildings, including the Romantic Museum, located at the recently renovated Brunet Palace, the Colonial Architecture Museum, where visitors can watch antiques dating back to Spanish colonial times, and the Holy Trinity Church, a 19th century Cathedral with groin vaulted ceilings and a carved altar.

One of the area’s interesting sights is the Valley of Sugar Mills, which includes around 70 long-standing sugar mills, a reminder of the importance of sugar to the Cuban economy over the centuries. It has the Iznaga Tower, a 45 meter tower built by Alejo Iznaga Borrell in 1816.

Twenty km from the city is Topes de Collantes, one of Cuba’s premier ecotourism centers. Other attractions are Casilda Bay, attracting both snorkelers and divers and a nearby islet with pristine beaches.

Trinidad and the Valley of Sugar Mills were declared World Heritage sites by UNESCO in 1988.