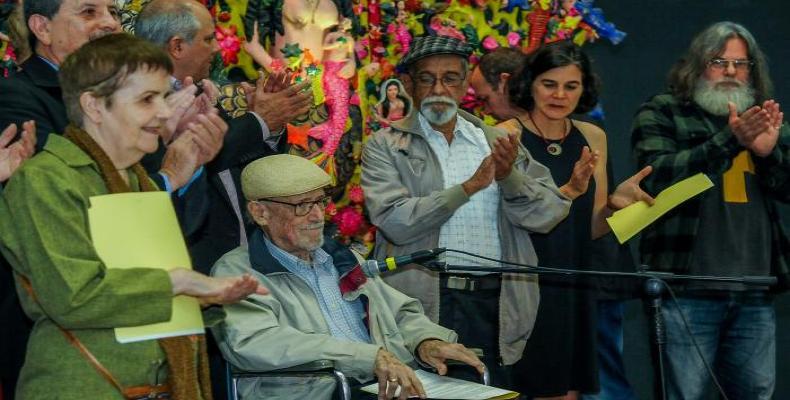 The jury, presided over by Venezuela’s Néstor Francia, said about the essay Nuestro viaje (Our trip)… that it’s ‘a contribution to the understanding of the revolutionary process, from a historical point of view and a dialogue with not so well-known and least spread areas of knowledge’. For its part, the jury headed by Argentine-Mexican Elena Dreser, said about the book of poems Piel de noche (Night Skin) by Díaz that it deals with ‘a highly sensitive human theme’ that will make readers ‘better people.’

In the category of novel La ruta (The Route), by Argentina’s Eduardo F. Varela, won the prize because, in the juror’s words, it’s ‘an extraordinary vindication of the Argentinian Patagonia’. Ecuadorean author Juan José Rodiná took the award home in poetry with Yaraví para cantar bajo los cielos del norte (biografía no autorizada de un Banksy sudamericano) (Yaraví to sing under the northern skies, a non-authorized biography of a South American Banksy).

Deborah Dornellas was presented with the award in the category of Brazilian literature with the novel Por cima do mar (Over the Ocean), ‘a structurally daring book’ that ‘deals with themes such as racism, sexism and inequality’, while the Prize of Studies on Latinos in the US went to the work Indian Given. Racial Geographies across México and the United States, by María Josefina Saldaña-Portillo from the United States.