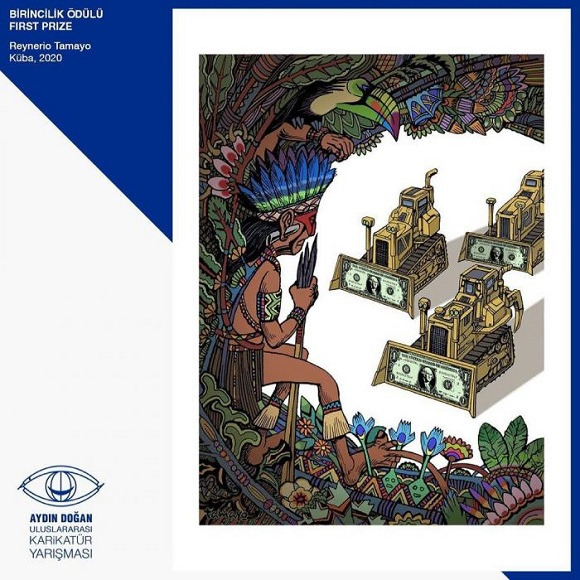 An international jury, made up of accomplished cartoonists from Canada, Iran, Brazil, the Netherlands, Japan, Turkey and Portugal selected the winners from a total of 4 500 works, submitted by 930 artists from 83 countries.

The jury praised what it called the aesthetic representation and curatorship of a visual metaphor that denounces cultural aggressions that aboriginal communities are subjected to.

The art work by the Cuban artist denounces the predominant hegemonic model in today’s world.