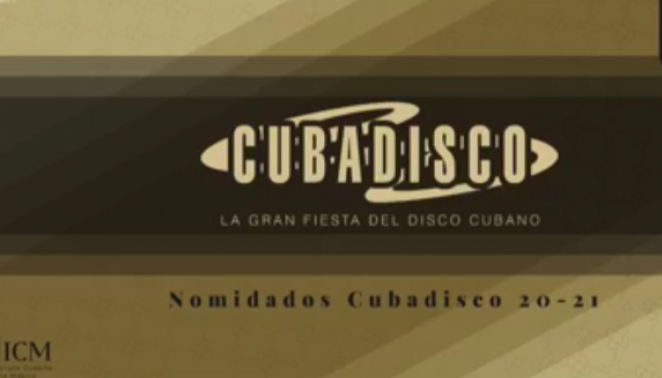 Havana, April 25 (RHC) -- The 24th edition of the week-long music festival and awards event celebrating Cuban music --Cubadisco -- will be held online from May 15 to 23. Spain will be the guest country of honor this time.

In statements to the press, Indira Fajardo, President of the Cuban Music Institute (ICM), said the event serves as a unique opportunity to showcase the best musical productions in Cuba over the past 2 years. She recalled that in 2020 the festival was cancelled due to the complex epidemiological situation generated by Covid-19.

Fajardo explained that this time, Cubadisco will be held on both social networks and Cuban television, broadcasting 14 hours daily, owing to collaboration among the Cuban Music Institute, the country’s Ministry of Culture and the Radio and Television Institute (ICRT).

Jorge Gomez, president of the organizing committee and leader of the group Moncada highlighted the high creativity that has characterized Cuban musical productions released over the past twelve months amidst Covid-19.

Meanwhile, Cuba’s record and musical editions company EGREM got the most nominations to this year’s edition of Cubadisco Awards with 87 out of a total of 360 musical productions and 33 audiovisuals.

Created in 1997 to provide a meeting place for the Cuban recording industry, Cubadisco has grown to become a reference point for anyone interested in knowing about everything that is happening on the burgeoning and varied Cuban music scene.

Today the Festival is considered to be the most important forum for Cuban music and its prizes are greatly coveted by record companies, performers and composers.