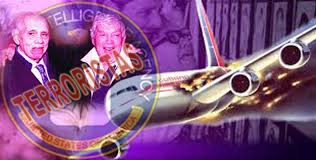 Havana, Oct. 6 (RHC)-- A new documentary film by American filmmaker Enrique Berumen entitled ‘Cubana 455’ reveals details of the terrorist sabotage bombing of a Cuban airliner off the coasts of Barbados on October 6, 1976 –45 years ago today.

On October 6, 1976, Cubana de Aviación Flight 455 took off from Barbados en route to Jamaica. It soon disappeared from the radar screens. An investigation by various aviation agencies, including the Cuban government, determined that the airliner was tragically blown up in midair. Two hidden explosive devices had been placed on the airplane. When the bombs detonated, the plane was ripped apart and plummeted into the ocean below.

Everyone aboard perished: 73 passengers and crew died in this atrocious act of terrorism. Innocent men, women, and children lost their lives, including the entire Cuban Olympic fencing team. Debris from the airliner scattered for miles and filled the clear blue ocean with what was left of Flight 455.

A thorough investigation was later conducted, which fully demonstrated that the CIA assisted Cuban exile terrorists in planting the bombs that destroyed the plane.

A new informative and well-researched documentary, ‘Cubana 455’, details the ties between the CIA and Cuban exile terrorists. The film highlights interesting interviews with the relatives of those who lost their lives, government officials, and exile terrorists themselves. In this extraordinary documentary, it is clear that the Cuban terrorists have no remorse and consider civilian deaths as only ‘collateral damage’ in their campaign against the Cuban Revolution.

Filmmaker Enrique Berumen has researched, written, and directed this documentary based on this tragic event. He is a retired California State University-Los Angeles film professor and filmmaker and travels back and forth from Cuba to the United States for educational purposes, including filmmaking activities.

The new documentary had its world premiered in the U.S. last June.

In statements to People’s World, filmmaker Enrique Berumen said that ‘Cubana 455’ is an activist, anti-terrorism documentary, a piece that speaks of CIA terrorism, which is always obscured and under the radar in mainstream media.

‘This documentary sheds light on the first bombing of a civilian airplane in flight. Very few people know about this hideous event. It truly is a crime against humanity. Everyone knows about Pan Am 103 and 9/11. For those crimes, the U.S. rolled out their big guns. They punished Libya, Iraq, and Afghanistan. But the Cubana 455 crime went unpunished,’ said Berumen.

And insisted that the reason why this abominable crime was unpunished is because it was done by CIA-trained agents, and so, the U.S. and the mainstream media simply ignored it.

‘Terrorism is terrorism. A war, declared or not, should not include targeting civilians, and this is what Cubana 455 was: a civilian plane with 73 human beings,’ said the US filmmaker.

He insisted that his new documentary ‘Cubana 455’ makes a call for justice—for the public to be active, to reassess what terrorism is, and view October 6, 1976, as a day of infamy, a crime against humanity. He added: ‘The only thing left to do now is to have people in the U.S. and around the world know what happened on October 6th. That day should be remembered as the first 9/11 in the Americas.’

Enrique Berumen further said that the call of ‘Cubana 455’ is to advocate for October 6th to become International Day Against Terrorism.

‘It’s a long uphill road, but it is the least we can do for those innocent victims of terrorism and bring some closure to the pain of injustice and impunity that the whole of Cuba feels, especially the families of the victims. My hope is that audiences are moved to the point of taking action and put down a grain of justice for the victims of October 6th,’ he said.