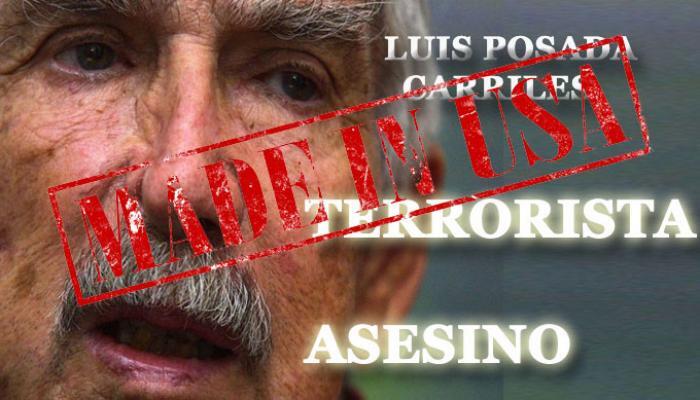 Washington, June 5 (RHC) -– A 1976 document declassified by the U.S. State Department points to Luis Posada Carriles as the most likely author of the sabotage bombing of a Cubana airliner that year, in which 73 people were killed.

According to the Miami Herald, the document also shows concerns about the CIA's links with extremist groups within the Cuban exile community.

The memorandum concludes that the CIA had previous ties to three of the people supposedly involved in the downing of a Cuban airliner, "but any role that these people may have had with the demolition took place without the knowledge of the CIA."

The document details the CIA's links with "individuals allegedly involved" in sabotaging the plane -- and specifically cites Hernán Ricardo Lozano, Freddy Lugo, Luis Posada Carriles, Orlando Bosch, Frank Castro, Orlando Garcia, Ricardo Morales Navarrete and Felix Martínez Suárez — but concludes that the CIA had only made contact in the past with Posada, Bosch and Martínez Suárez. According to the report, Martínez Suárez was not involved in the bombing incident.

The document is signed by Harold H. Saunders, director of the U.S. State Department's Bureau of Intelligence and Research and Harry W. Shlaudeman, assistant secretary of State for Inter-American Affairs. It was declassified with a volume of other documents concerning Central America and Mexico, dated between 1973 and 1976.