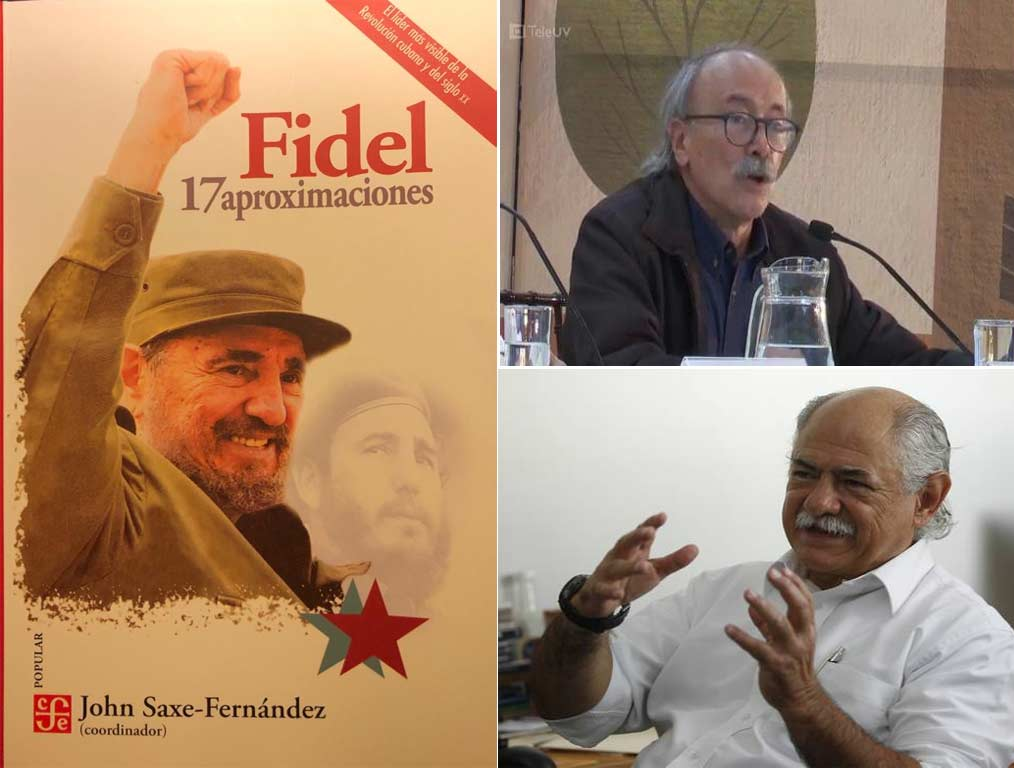 Published by the Fondo de Cultura Económica, directed by Paco Ignacio Taibo II, and the Latin American Council of Social Sciences (Clacso), the presentation was in charge of Dario Salinas, author, co-author and coordinator of more than 60 scientific works, and novelist Francisco Perez.

'Fidel: 17 Thoughts', is a collective book coordinated by Saxe-Fernandez that presents an intellectual biography of the historical leader of the Cuban Revolution, Fidel Castro Ruz (1926-2016), one of the most important figures of the Latin American 20th century.

The volume presents the most important characteristics of Fidel's thoughts on issues such as American imperialism, the theory and practice of revolution, revolutionary pedagogy, Latin American struggles and climate change.

His relationship with other great Latin American figures such as Omar Torrijos, Hugo Chávez, Salvador Allende and José Martí is also analyzed.

In his presentation, Salinas referred to the immensity of Fidel Castro's legacy in important issues of the current situation, such as the redoubled imperialist aggression against our peoples, the blockade, the sanctions against Venezuela, the aggression against Nicaragua and the incessant interference.

He pointed out that against the current of Cuba's solidarity contributions for peace, for example with Colombia, the United States continues to keep it on that fateful and unacceptable list of countries that promote terrorism.

"The antecedents of the important book written by 17 hands under the coordination of Saxe-Fernandez are in the Clacso with its first version titled 'I am Fidel', which gathered the feelings of thousands of people", said Salinas.

That testimonial compilation was further developed with the participation of Saxe-Fernandez who understood the scope of the work, the thought and legacy of a historical immensity, as he described Fidel and gathered the group of its authors who were committed to the work.

Perez recalled, on his part, initial passages for the elaboration of the work in which he actively intervened, when the idea was presented to Taibo II so that the cultural fund would be the promoter of the idea of a second enriched edition, which was finally entitled Fidel, 17 aproximaciones.