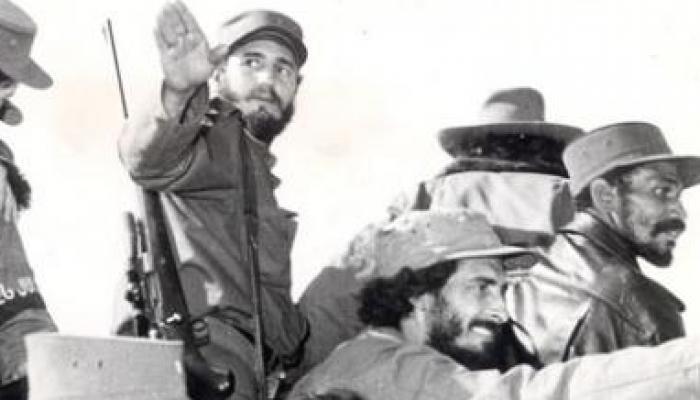 The multimedia Fidel Castro, 1959 Caravan of Liberty, made by the Cuban History Institute and Abdala Productions’ Unicorn Seal was presented in Revolution Square’s José Martí Memorial.

The multimedia contains an audio section, including almost all the speeches by the historical leader of the Cuban Revolution, Fidel Castro, from January 2nd, 1959, in Santiago de Cuba up to his arrival in the western city of Pinar del Río, on January 17th the same year. Cuban History Institute President, René González Barrios, said that this  production dedicated to the island’s new generations, not only includes voice recordings, but also the transcriptions of the speeches, their repercussion in dailies, such as Hoy and Prensa Libre, and a photo gallery.

As part of the strategy to rescue and preserve the historical memory of the Cuban nation, the multimedia will be available to the public at the upcoming Havana International Book Fair. The Cuban History Institute is reportedly working on the digitalization of old records containing the voices of the main Cuban political and cultural figures in the 1940’s and 1950’s, including politicians, such as Eduardo Chibás; revolutionary leaders, such as Lázaro Peña and Blas Roca, and intellectuals, such as Alejo Carpentier, José Lezama Lima and Ángel Augier.