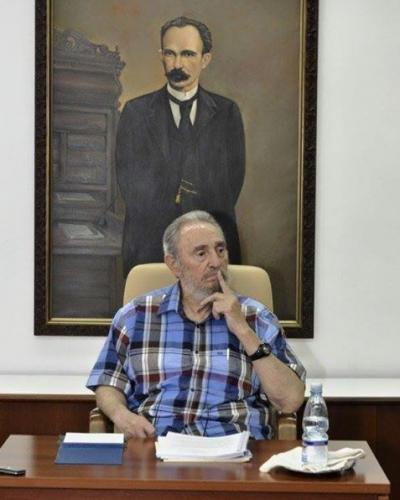 Raúl was accompanied by provincial secretary of the Communist Party in Santiago Lázaro Expósito Canto.

Early on the morning of August 13, the Cuban president visited the monument at Las Coloradas, where Fidel and another 81 revolutionaries landed on December 2nd, 1956 on board the Granma yacht to continue the struggle for independence against the U.S.-backed bloody Batista dictatorship.

After the Granma landing, the revolutionaries suffered a setback at Alegría de Pío, but later under Fidel's command, they managed to regroup with the support of local campesinos and the July 26 Movement and began what is known as the last phase of the Cuban struggle for independence, which was achieved on January 1st, 1959.

During Sunday's visit to the historical site, President Raúl recalled the difficult moments when Fidel's unwavering confidence in victory was made evident.