US, Canada and Mexico to host soccerl World Cup 2026 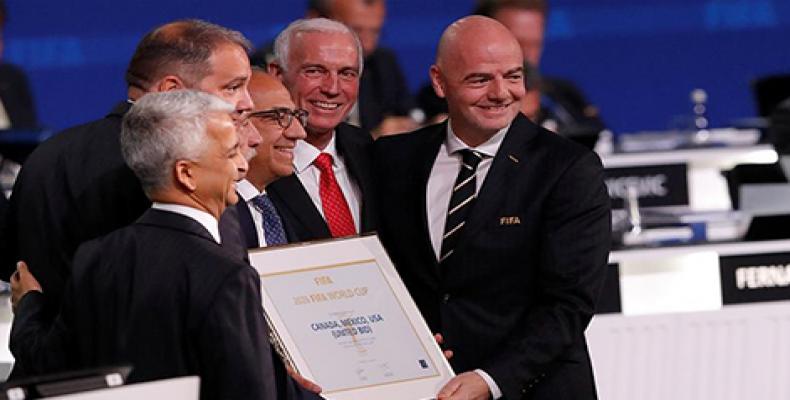 The joint bid won 134 votes (67 percent) out of the 203 entitled to vote with Morocco bagging 65 (33 percent) when voting took place in Moscow on Wednesday, a day ahead of the opening of Russia World Cup 2018.

The 2026 World Cup will head to North America for the fourth time and will be the first with 48 teams taking part.

For Morocco, it was the fifth time it had bid for the hosting rights to the World Cup, calling it "the dream of a nation".

Although it would be the first tournament to be hosted by three nations, the vast majority of games will be held in the US.

"We can focus on the game. We are ready made. Our cities are ready to host today," said John Kristick, executive director of the United Bid Committee.