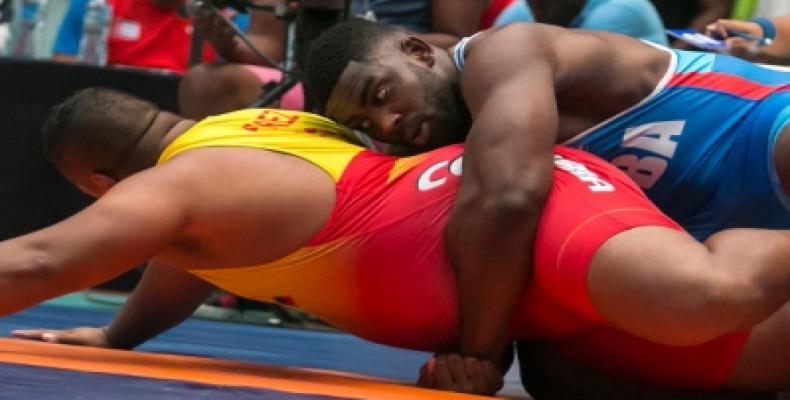 Havana, March 18 (RHC)-- Cuba finished fifth in the 2019 Freestyle Wrestling World Cup held in the Russian region of Yakutsk that was won by the local side.

In the fifth seat match, Cuba defeated 6-4 Mongolia, in a contest in which the powerful Russian team beat 9-1 Iran in the final; while the United States won 6-4 over Japan in the bronze medal dispute.

Against Mongolia, the winners of the Caribbean island were Yowlys Bonne (61 kg), world champion last year in Budapest, Hungary; Franklin Maren (70), bronze medalist in that same competition; as well as Reinier Perez (79), Lazaro Hernandez (92), Reineris Salas (97) and Oscar Pino (125), according to the official website of the event.

The Cuban team had disadvantage all along the tournament as they couldn´t present any athlete in the 65 kilos division due to the last minute loss of Alejandro Valdes, who suffered an injury right before the start of the World Cup and there was no possibility to replace him.

A year ago, in Iowa, United States, the squad coached by Julio Mendieta ranked fourth after losing 4-6 in the fight for the bronze medal to Japan.
Back to Yakutsk, Georgia beat 8-2 Turkey and they finished 7th and 8th respectively in a contest that brought together the best eight teams at Budapest 2018 World Championships.