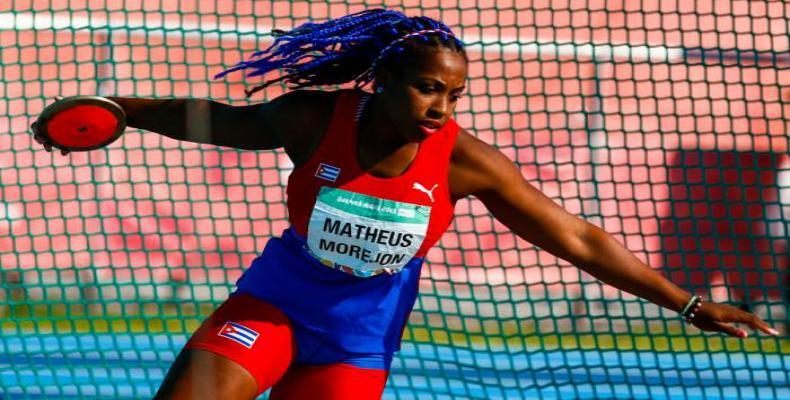 Matheus´s throw was the first record set in this competition and it allowed her to get the title, leaving Canadian Trinity Tutti (54,87) with the silver medal, and her teammate Silinda Oneisi Morales (54,75) in the third place.

Minutes after finishing the event Matheus, who becomes the 5th Cuban girl to win a title in Disc Throw in U-20 Pan-Am games, told Prensa Latina that competition was exciting, ``I came to give everything, and there you see the result, though I would have liked it to fly over 60 m´´.