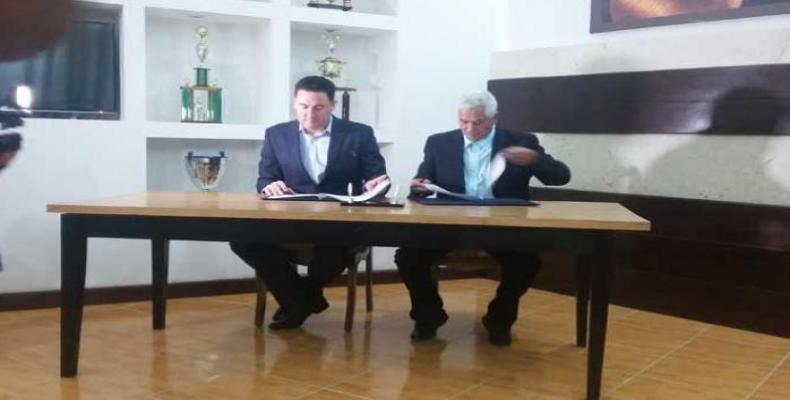 Havana, August 31 (RHC) – The President of the Cuban Baseball Federation, Iginio Velez, and his Australian counterpart, Cam Vale, signed this August 30 in Havana, a collaboration agreement between the two entities.

The meeting was held in the Protocol Room of the Latinoamericano Stadium, where apart from Velez and Vale, also attended other members of the Cuban Baseball Federation.

Vale, who was in Cuba for a week, mentioned his happiness for signing the deal, and said he considers the agreement as a starting point for developing baseball in both nations.

``This agreement will improve the quality of baseball in our country, it will be like an older brother (Cuba), teaching the younger brother (Australia) the secrets of this marvelous sport´´. Said Cam Vale.

On the other hand, Iginio Velez assured this is a step that will indeed help our national pastime and explained that exchanges of players and managerial staff will be done in the future.

``This agreement comes with perfect timing, right after the United States government cancelled the deal between Cuba and the Major League Baseball (MLB)´´. Pointed out Velez.