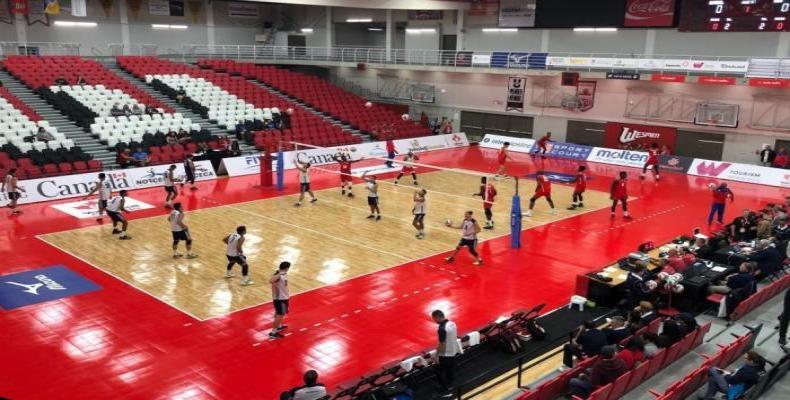 Havana, September 3 (RHC) – The Cuban Men´s Volleyball team got their first win of the competition, by defeating Guatemala 3-0 (25-13, 37-35, 25-14), in Pool B of the NORCECA Continental Volleyball Championship, at the University of Winnipeg, in Manitoba, Canada.

Top scorer of the match was Cuban Osniel Melgarejo with 14 points, followed by his teammates Roamy Alonso (11), and Marlon Yang and Javier Concepcion with 10 points each. Miguel Angel Lopez scored 9 and 3 Robertlandy Simon in the only set he played.

On the Guatemalan side, which offer a good resistance in the second set, Wagner Chacon scored 12 points and was the best offensive player for the Central American team.

The Cubans were superior to the Guatemalans in every aspect of the game, Attack (49-25), Blocking (14-3) and Aces (6-3), but they gave away a total 31 points via non-forced errors, while Guatemala only committed 18.

Although Cuba has already qualified for the NORCECA Pre-Olympic Tournament that will be played next January, the set aim is to win this competition, now with 7 competing teams after Surinam quit at last minute.