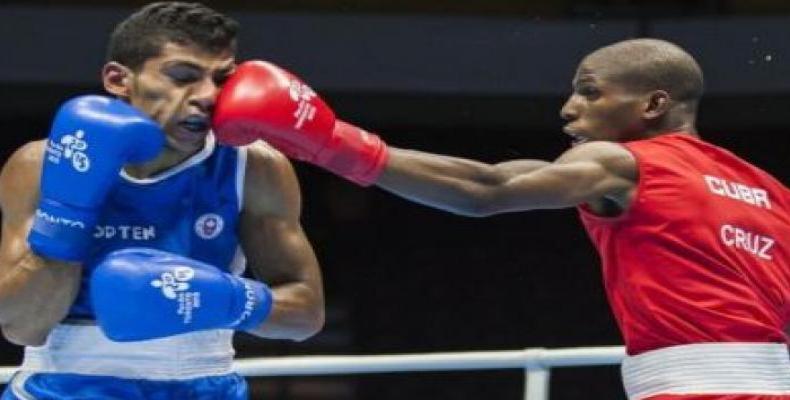 Havana, September 20 (RHC) – The Cuban boxer Andy Cruz defeated Indian Manish Kaushik by unanimous decision, after yet another convincing performance that assured him a spot in the Finals this Saturday.

Cruz controlled the ring as he pleased and forced Kaushik into making several mistakes, and now the Cuban stands at the doors of retaining the belt he won two years ago, but for that Cruz has to face American Keyshawn Davis.

``We had never faced each other, but I knew he would not be an easy contender. He throws lots of punches from mid-range that normally are scored in his favor in Europe, so was cautious and always focused on throwing effective punches´´. Commented Cruz to the Cuban sports site JIT.

``The plan was to make him miss, decrease his stamina, and hit with speed´´, added the Cuban boxer, who said he went to Russia to validate his title.