Cuban Despaigne sets a personal best in homers in NPB 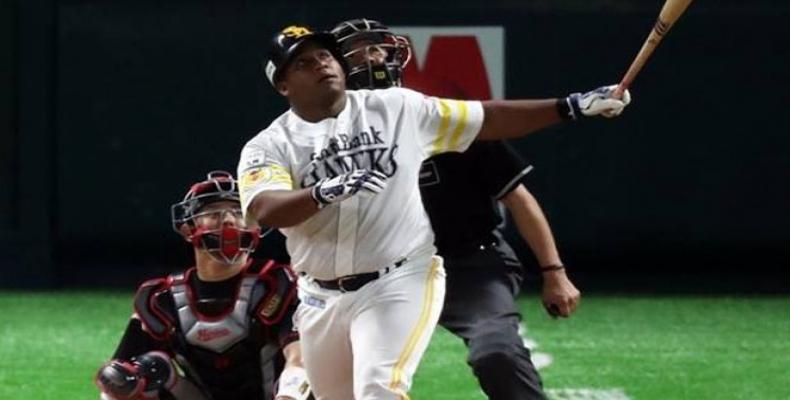 Havana, September 26 (ACN-RHC)-- Cuba's Alfredo Depaigne hit a solo homer in the Pacific League (PL), though he couldn't prevent the 2-4 loss of his team -- the Fukuoka SoftBank Hawks-- to the Tohoku Rakuten Golden Eagles in the Japanese Professional Baseball (NPB).

It was Despaigne's 36th homer of the season, a career high over six seasons in Japan, topping the 35 he hit in 2017 when he led the league in home runs.

The Cuban slugger batted 1 for 3, with a walk, and raised his batting average (BA) to .258 while amounting 88 RBIs.

The two other Cubans in the Hawks´ roster, outfielder Yurisbel Gracial and lefty reliever Livan Moinello, also had good performances in the match.

LF Gracial hit 1 for 3, thus increasing his BA to .320, while setupper Moinello didn´t allow earned runs in 1.2 innings and struck out 4 batters to low his ERA to 1.55.

After this result, the Hawks finished second in the NPB Pacific League, behind the Saitama Seibu Lions, who earned their second PL straight pennant after beating 12-4 the Chiba Lotte Marines.

Despite losing, the Hawks, current NPB champions, advanced to the Climax Series, to start next October 9th, where they will face the Eagles in a best-of-three first stage of this series.