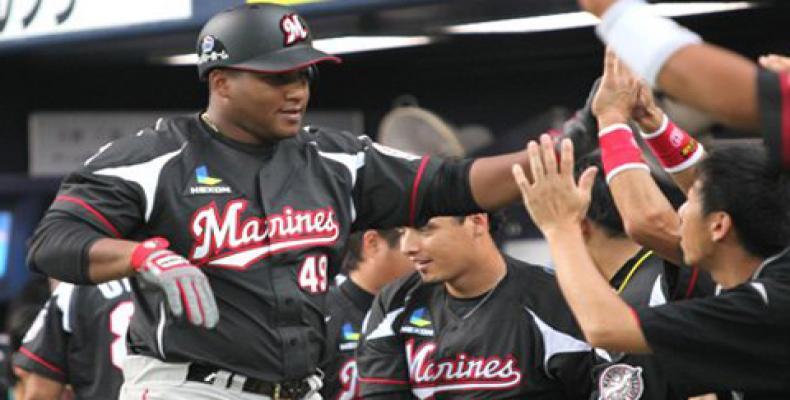 Havana, August 14 (RHC) – Cuban Alfredo Despaigne connected his 30th Home-Run of the season and brought in two runs, in the SoftBank Falcons victory over the Rakuten Eagles 3-0 in the Pacific League of Japanese baseball.

As a visitor in the Rakuten Semei Park, in Sendai, the Cuban Outfielder hit his 3rd bomb in two games and went 2-4.

With his latest hot streak, Despaigne now has a Batting Average of 272, and with a total of 74 RBIs he sits 4th in that department in the Pacific League.