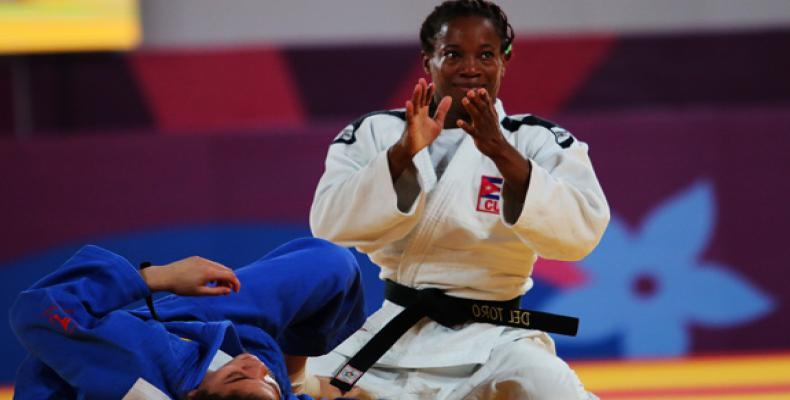 Del Toro, who currently appears ninth in the IJF world ranking, only lost in the final to Slovenian Tina Trstenjak (3), according to the official website of the tournament.

The Caribbean judoka had an excellent day with previous wins over Tajikistan´s Shohida Qalandarova and Spanish Isabel Puche (53), to then beat Italian Maria Centracchio (30) in quarterfinals and finally she defeated Mexican Prisca Awiti (34) in semifinals.

After this outcome, Del Toro added 700 points for the universal list, so she must ascend from ninth to fifth seat in the next update, which would be magnificent for the qualification to the Tokyo 2020 Olympics.

The other Cuban judoka competing today, Onix Cortes (70 kg), didn´t do it well as she beat Cameroon´s Ayuk Otay Arrey in the debut but then fell to British Sally Conway, third in the world ranking.

Cuba´s other medal went to Orlando Polanco who ranked third in the men´s 66kg division.
Woman Kaliema Antomarchi (78) and man Ivan Silva (90) are the two other Cuban judokas enrolled in this major contest and they will debut tomorrow.

The IJF 2019 Abu Dhabi Grand Slam is attended by 553 judokas, 322 men and 231women, from 95 countries, in search of medals and points to the world and Olympic rankings, with an eye on the Tokyo 2020 Olympic Games.