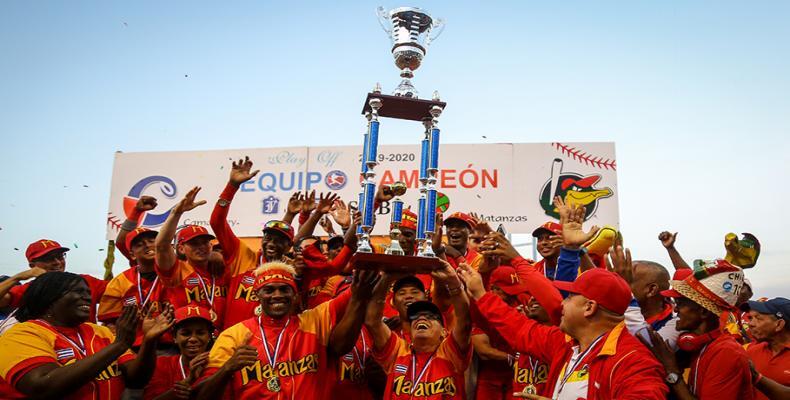 Havana, January 19 (RHC)-- The Matanzas team won on Saturday the final of the National Baseball Series, after beating the surprising Camagüey team 4 matches to 2.

The decisive success was achieved 11 runs for 2, a credit to pitcher Noelvis Entenza who allowed only 2 runs in the seventh chapter, where he was substituted by Jonder Martínez; the defeat was for the reliever Yariel Rodríguez.
The Crocodiles of Matanzas scored first thanks to home runs by César Prieto and Erisbel Arruebarruena in the first and second innings against the opening pitcher Yosimar Cousín; but the decisive score came in the sixth inning.

It was then when Eduardo Blanco and Javier Camero showed off with a pair of trailers each.

For Matanzas,  it is the sixth title in the history of the National Baseball Series although it is the first under that name. The team was known before as  Henequeneros and then Citricultores.