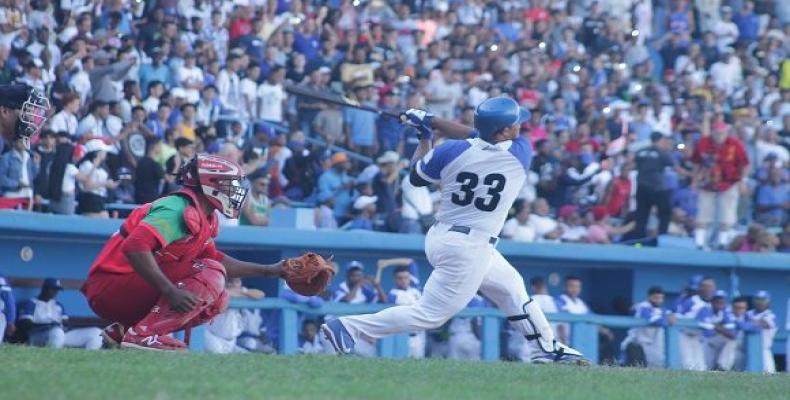 Making predictions is like blindly throwing stones at a target several meters away.  The only objective is to argue at the risk of getting some enemies, fanatics "to death" to the teams less benefited by the commentary.

No one has the truth in his hand nor can he guess the future, much less being a collective sport where the result of a simple game depends on so many factors.  But what would baseball in Cuba be without discussion, debate, discord and controversy?  I even know some friends who prefer these disputes to the game itself, although it seems incredible.

My opinion is just one more among many, and of course, nothing will change the course of destiny.  Far from it.  So don't worry, my friends, if the team of your dreams is not included in the sack of my favorites.

What I'm absolutely sure of is that it would be madness to leave the four finalists from last season out of the picture.  The suspension of the Mexican League has allowed these teams to keep their main stars (especially elite pitchers) and the entry of some important "reinforcements" has consolidated their favorites' posters.

Yadir Dreke and left-footed Dariel Góngora with Los Cocodrilos de Matanzas, Yordanis Samón with Los Toros de Camagüey (although they have to do without Yariel Rodriguez because of his contract in Japan), Rubén Paz and the recovered Jorge Yhonson with Los Leñadores de Las Tunas, and the arrival of Alberto Calderón and Lisbán Correa with Industriales; will undoubtedly help to strengthen the line-up of these already powerful squads.

Of course, these four teams have their cracks, much more visible when a season of 75 challenges without reinforcements will be played until the semifinals, but few will be able to issue theses that will take them out of their favoritism to qualify among the first eight.

The other four teams that I think look stronger on paper are Sancti Spíritus, Ciego de Ávila, Granma, and Santiago de Cuba, without underestimating at all the history of the Vegueros of Pinar del Río, the progress of the Elephants of Cienfuegos, or the combativeness of the Pirates of the Island.

The Roosters, representatives of the province with the best results last year in baseball taking into account all categories, are ready to give battles. They will be introduced with Eriel Sanchez at the helm, a new director with a winning aura (he already did in the under 23's) and with a mix of talented youngsters with high level veterans that can give surprises.

The Alazanes de Granma are painting themselves to win the "return of the year" award, if we take into account the presence this time from the beginning of their "main horse" Lázaro Blanco, their stellar gardeners Roel and Raico Santos, and a Guillermo Avilés who has totally recovered from his illnesses and injuries.

Ciego de Ávila, although perhaps unknown to many with his new director (Yorelvis Charles) after the good taste left by Roger Machado for several years, has a list to sneak in among the privileged.  The Tigers know how to win the good game and once again they show up with good tools to revive their laurels.

Finally, the Wasps of Santiago de Cuba, although they have suffered the emigration of some of their players, managed to convince Edilse Silva, who due to personal problems preferred to play in Holguin, and once again they will return in search of the historical place they have been deprived of.

Once again under the guidance of Eriberto Rosales and learning from his mistakes of last year, they must reach their destination this year.