Cuban players Gracial and Moinelo to be featured in Japanese baseball 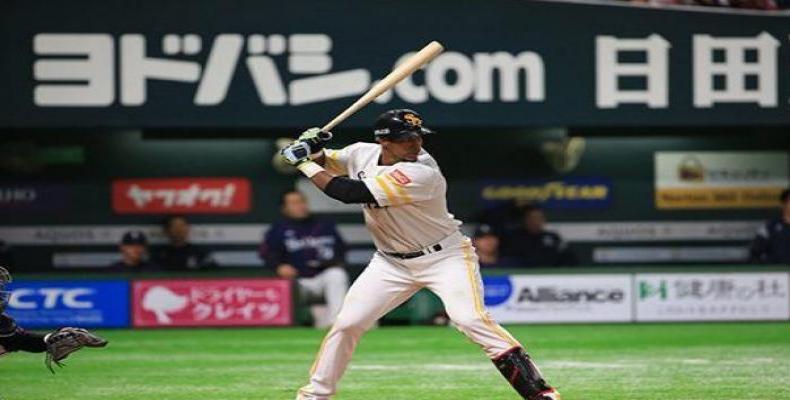 Tokyo, October 2 (RHC)-- Cuban baseball players Yurisbel Gracial and Livan Moinelo were the stars in their SoftBank Falcons' 7-5 success over Nippon Ham wrestlers in the 2020 season of Japanese baseball.

At the Fukuoka City Pay Dome, multi-talented Gracial, the 2019 Final Series Most Valuable Player, scored another multi-hit game, computing 4-2, with a pair of scores, and raising his offensive average to .279.

For his part, pitcher Moinelo did not allow unstoppable runs in one inning and a third relay to improve his effectiveness to 1.11, according to statistics from the beisboljapones.com site.

In the same game, the Mexican player Christian Villanueva made two home runs to support the Luchadores in their quest for success.  He is now batting .239 and has raised his home run totals to four and 17, in that order.

The flavor of Cuba was also present in the new conquest of the Chunichi Dragons against the DeNA Stars (8-5), with the rescue of the closer Raidel Martínez and the bambinazo of the slugger Dayán Viciedo.

Martinez struck out his three opponents in the closing of the ninth inning to add his fifteenth rescue, runner-up in that section of the Central League, and decreased his clean run average to 1.09.

Meanwhile, the former wholesaler Viciedo finished the date 5-1, with his 15th home run and 66th of the season.

Likewise, Venezuelan Robert Suarez achieved his nineteenth rescue of the year, after retiring three opponents in a row in the victory of the Hanshin Tigers over the Yomiuri Giants (4-1) at Koshien Stadium in Nishinomiya.

In the remaining games, the Hiroshima Tents beat the Yakult Swallows 7-5 and the Rakuten Eagles dominated the Oryx Buffaloes 4-0.