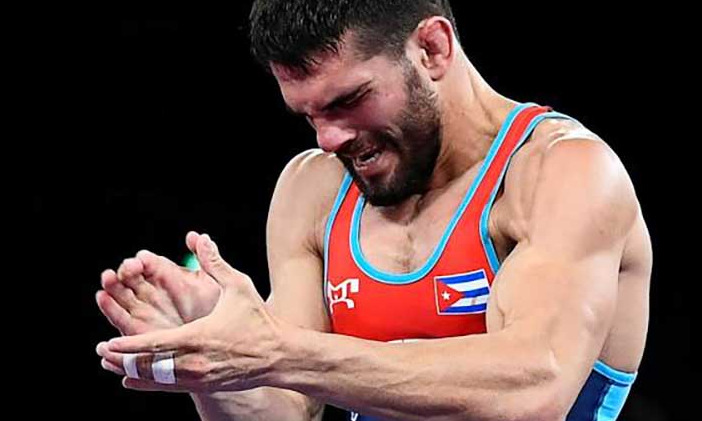 Tokyo, August 2 (RHC)-- Cuban wrestler Luis Alberto Orta dressed Cuba's Greco wrestling in gold on Monday by winning the title in the 60-kilogram division at the Tokyo 2020 Olympic Games with a 5-1 victory over Japan's Kenichiro Fumita.

Orta culminated an excellent performance against the double world champion of the category, which began on Sunday with victories over the American Ildar Hazimov by 5-0, Sergey Emelin by a close 4-3 and by superiority against the Moldovan Victor Cuobanu.

The 26-year-old gladiator's victory is the first gold medal for Cuba and the most important title in his career, which places Cuba in 27th place by nations with one Gold medal, three Silver and two Bronze.