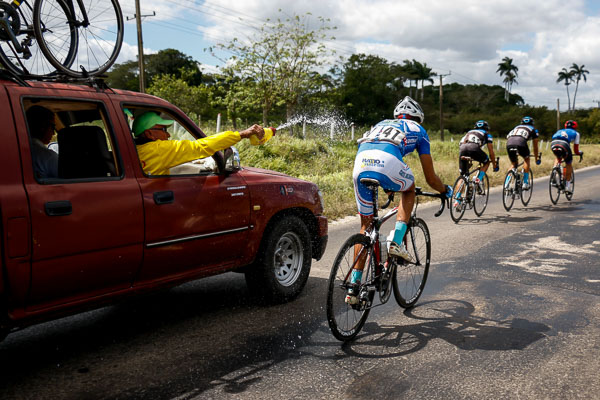 Santo Domingo, August 15 (RHC)-- Cuban cycling was included among the sports that have qualified for the Cali 2021 Pan American Junior Games by securing three slots in the under-23 road race at the Caribbean Championships to be held in Santo Domingo, where the Pan American competition of the specialty will also take place.

Of the three tickets disputed in the men's category, two of them corresponded to Johan Miguel Fernandez and Juan Manuel Cabrera, and in the women's category, Aylena Quevedo was in charge of certifying one of the two that were in contention.

Fernandez and Cabrera crossed the line in second and third places, respectively, in the 90 kilometers covered with the same time of 1:53.31 hours that the champion, Walters Red from Granada, invested.

In the men's long-distance race, other Cubans deserved to finish in the top ten. They were Luis Ramirez (fourth), Stefano Aguila (sixth) and Kevin Vega (ninth).

On the other hand, the debut of the girls at international level could not have been better, since in addition to Aylena's classification, Ludisneilys Fleites and Evelin Díaz finished behind her in the 60 kilometers with a similar time of 1:28.30 to the winner, Joseph Amber, from Barbados.

Luis Elpidido Sabourin, methodologist of the national commission, told JIT from the headquarters that the group is very happy with these initial results and a high disposition to continue battling for more heights in view of the appointment in Cali, Colombia, from November 25 to December 5.