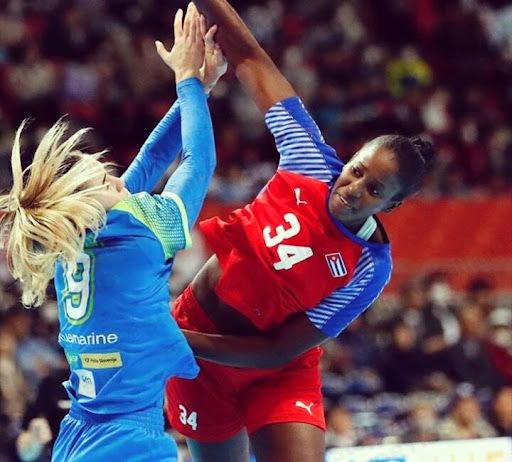 Havana, November 24 (RHC)-- The Cuban women's handball team achieved a sensational victory against its Brazilian counterpart with a score of 30-29, in the opening of the I Pan American Junior Games Cali 2021, in Colombia, which will be officially inaugurated on the 25th and will conclude on December 5.

Coming from behind almost the entire game, the Cuban team managed to tie in the final moments and with just a few seconds left Jennifer Amanda Toledo scored the winning goal, to give an important success to the team coached by Jorge Coll.

In that duel, held at the Ivan Vassilev Todorov Coliseum, the representatives of the island lost by the minimum 14-15 in the first half, but knew how to grow guided offensively by Toledo, left back contracted in Spain with the Rocasa Gran Canaria club, who scored 13 goals.

Liliamnis Rosabal (6), another player with international experience despite her youth, also stood out, while Fernanda Paulino de Lima (6) and Maria Grasielly Brasil (5) stood out for the Brazilians, according to the official site of the competition.

In the case of Toledo, she was undoubtedly the heroine of that match with almost half of the goals scored by the winners, including the decisive one.

For the Cuban women's team, this victory gives them great chances of advancing to the semifinals, since they won against one of the strongest teams in the tournament and one of the serious contenders for the title despite the setback.

With this result, the team from the Caribbean nation moved to the top of Group B with 1-0.

In group A, Chile defeated Colombia 32-26 and Argentina drew 32 goals with Mexico.