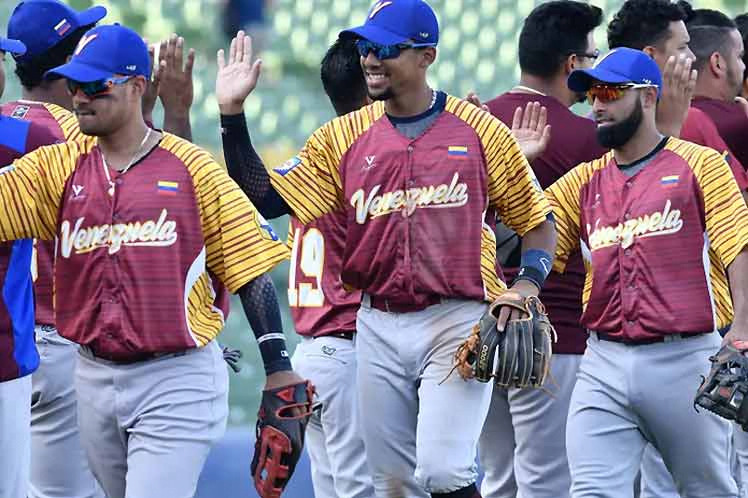 Havana, September 25 (RHC)-- The Venezuelan team will defend its undefeated record today against Nicaragua in Group B of the Under 23 Baseball World Cup, which is being held in Mexico.

The Venezuelans have two wins in as many games, the first 9-4 against the Netherlands and the second 3-2 in a close match against Colombia, while their opponents tonight, Nicaragua, have one success and one failure, since on Thursday they defeated South Korea 6-4, and in their last game they lost 6-13 to Panama in extra-innings.

In the other Group B matches of this third day of the tournament, South Korea (one win and one loss) will face Panama (1-1) and Colombia (1-1) will face the Netherlands (0-2).

This Friday, the Venezuela-Colombia challenge began at the Sonora Stadium with the pitching of Jesús Vargas and Yasier Herrera in total control, until the Venezuelans broke the cellophane in the fourth inning when they hit three singles to reach home twice, causing the departure of the Colombian pitcher.

However, the Colombians made a comeback in the bottom of the fifth when they took Vargas out of the box, who made things difficult for himself by granting two bases on balls and Jordan David Diaz's single to drive in the runner.

The Venezuelan pitcher was able to finish that episode and left the game with only two singles allowed, the two aforementioned passports and nine strikeouts.

Curvelo got two important outs in the bottom of the seventh inning to earn a save.

After giving up a base on balls, an error by starter Robert Pérez Jr. put the tying run at second base, and after John Peluffo's sacrifice, which brought the tying run to third and the winning run to second, he overpowered first baseman Brayan Buelvas on a grounder to first base and struck out second baseman Fabián Pertuz to end the Colombian threat.

In the other Group B match, South Korea won an important 8-7 victory over the Netherlands.

The Asians were down 2-7 in the seventh chapter and managed to tie and win in extra-inning.