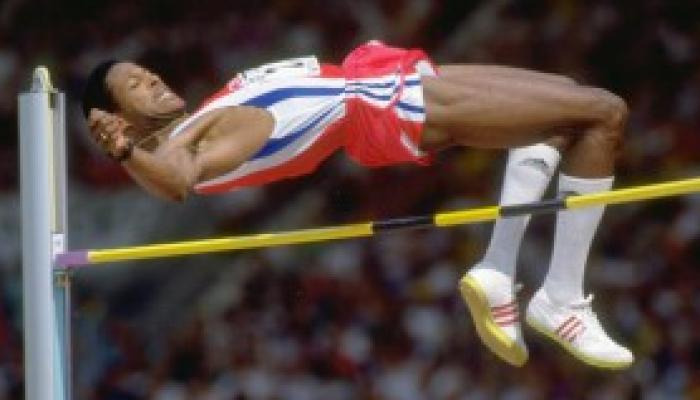 Havana, October 13 (RHC)-- The mythical Cuban high jumper, Javier Sotomayor, celebrates two important dates this month: his birthday, today, October 13, and on October 19, the moment of his exaltation to the Central American Athletics Hall of Fame.

Known in the world of sports as the "Prince of Heights," Sotomayor officially began practicing athletics in his native Limonar, in the western Cuban province of Matanzas, and since he was 14 years old he had already surpassed the two-meter mark in that event.

The lanky jumper is the result of the pyramid of high performance in the country, with transit through the Schools of Sports Initiation in Matanzas and Athletic Improvement in Havana, before joining the national team.

Under the guidance of Professor José Godoy, Sotomayor stood out at the international level and, at the age of 16, he set the youth world record, still in force, of 2.33 meters.

In 1987, he achieved a great result when he won the golden metal at the Pan American Games in Indianapolis, United States, and surpassed the 2.32-meter pole vault.

In top form, he arrived in 1988, where the city of Salamanca, Spain, hosted him during an outdoor event and achieved his first global record of 2.43 meters.

The 1992 edition of Barcelona would immortalize him in the Olympus of champions and the title under the five rings is the best tribute to his trainer José Godoy, who died two years earlier.

He returned to the Spanish city of Salamanca in 1993 and astonished all those present by setting a height of 2.45 meters; this mark, together with the Olympic title, earned him the distinction of "Prince of the Heights of Sports."

But not everything was relevant triumphs for Sotomayor because after his participation in the Pan-American event in Winnipeg, Canada, he was accused of doping and was suspended for two years from all types of competitions by the former International Association of Athletics Federations (IAAF).

Immediately, Sotomayor denounced such inappropriate charges and considered it as an unjustified and flagrant decision against him, in his favor he had hundreds of medical controls, all negative and also with more than 300 jumps performed over 2.30 meters.

When Sotomayor's sanction was reduced in 2001, he was allowed to participate in the Sydney 2000 summer event, where he won the silver medal with a record of 2.38 meters.

In 2008, the directors of the North, Central American and Caribbean Athletics Association, Nacac, decided by majority vote to include Sotomayor in the region's hall of fame, together with Luis Mariano Delis, Roberto Hernández, Andrés Simón, Martiza Martén, Silvia Costa, Norberto Téllez and the late Cuban athletics historian Basilio Fuentes, as well as the leader Jesús Arguelles.