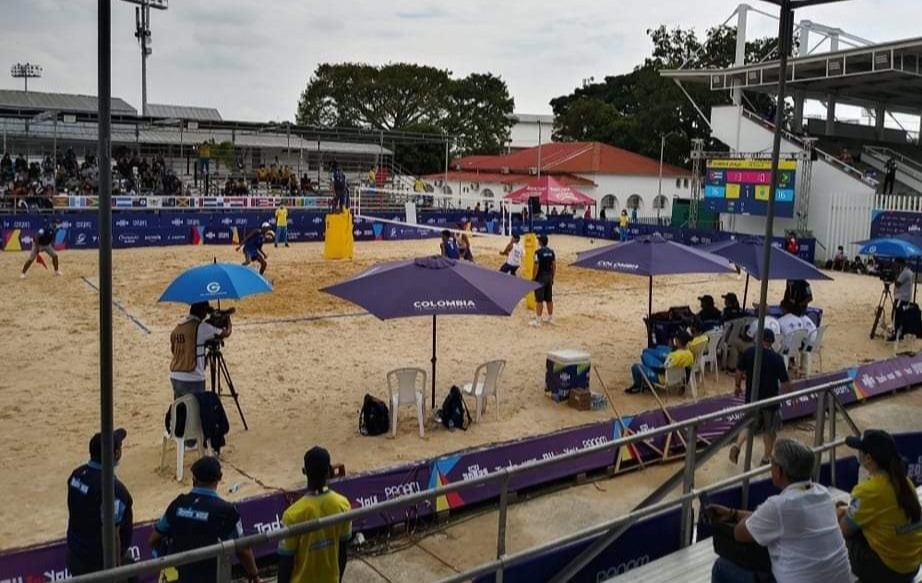 Havana, December 1 (RHC)-- The Cuban duo of Luis Enrique Reyes and Noslen Diaz got today the second victory in the beach volleyball tournament of the I Pan American Junior Games of Cali 2021, by defeating Brazil 2-1, with stage in the Pan American courts.

According to the website of the multisport event, which concludes on December 5, Reyes and Diaz took an important step in their podium aspirations, since the South American brothers Rafael and Renato Lima are the leaders of the ranking of the event due to their status as world champions of the category.

The truth is that the Cubans did not believe in this important endorsement and overcame them in close partials of 18-21, 22-20 and 17-15 in group B.

In the previous match, the team from the largest of the Antilles defeated Bolivians Carlos Andres Chacon and Ruddy Alberto Salvatierra 2-0 (21-16 and 21-14).

The next match of the Cubans in the preliminaries will be against the Costa Ricans Criforth Fallas and Daniel Duner.

Meanwhile, the Cuban women's duo of Lázara Madan and Dayani Zerquera lost 0-2 (15-21 and 15-21) in the A section against Argentina's Carla De Brito and Maia Najul.

Madan and Zerquera will have their next opponents in Nicaragua's Maria Grace Alejandra Zeledon and Nahima Nickole Silva.

So far, Colombia and Argentina (1-0) share the standings in Group A, ahead of Cuba and Nicaragua (0-1).