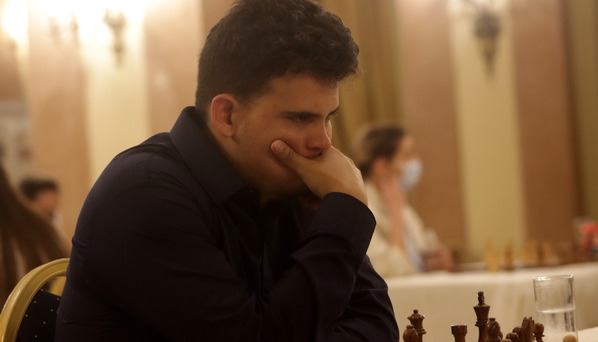 Havana, July 9 (JIT)-- A total of 34 players, five of them Cubans, maintained an unblemished pace in the Benasque Open Chess Tournament in Spain, which already held three rounds and serves as preparation for the teams from the island that will attend the upcoming Olympiad in Chennai.

Carlos Daniel Albornoz, Omar Almeida and Luis Ernesto Quesada, three of those who maintained perfect performances, are placed by the tiebreaker system in the eighth, ninth and tenth places in that order, according to what is published on the website of the competition.

All three had Spanish opponents in their most recent outings: Albornoz beat Angel Martin, Almeida overcame Fernando Santos and Quesada imitated them against Juan Rottenwohrer.

Aramís Álvarez also joined the group of leaders after beating Iberian Asped Tadevosyan, but he is in 19th place. Ernesto Guillén, with his success against Spaniard Pablo Gómez, moved up to 26th place.

The national champion Yasser Quesada could not keep the winning pace and with a draw against Antonio Lopez, from Spain, he was left in 2.5 and dropped to 37th place, so he will need to recover in the next rounds in order not to move away from the leading positions.

Among the women taking part in the mega-event, with more than 400 participants, the best-placed Cuban is Yerisbel Miranda, who with a draw this Friday against local Fernando Semprun was in 2.5 points and 41st place.

From that position she will face this Saturday Fernando Ereza, also host of the tournament, against whom she will try to keep up the good pace she has been going so far.

Ineymig Hernandez, also a member of the Cuban Olympic team, also has 2.5 points. He defeated in his most recent outing the Spaniard Nicolás Quintanilla and now he will have to face his teammate Yasser.

The Benasque Open is among the traditional tournaments of the annual chess calendar in Spain. Although it was affected by the covid-19 pandemic, it started to recover in the current year.

Logically most of the contestants are Spanish, but there is presence of others coming from 24 countries, 19 of which have the condition of Grand Master.