Sports News Round Up March 14 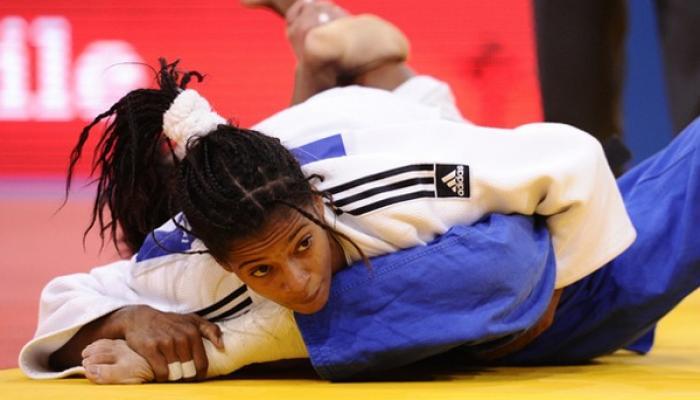 Borbona, who traveled at the head of the small delegation on a South American tour that included Open tournaments of Lima and Buenos Aires, positively evaluated the work done in both matches.

“I think we are achieving the goals we set out to participate in these two events, which are quite accessible to score points, and athletes only need to give the rest to take the 100 points awarded by the gold,” he pointed out.

In this sense, the coach clarified that with the accumulation brought by Maricet Espinosa (63 kg) and Onix Cortes (70) bronze and silver is not important because they would not go up in the rankings.

They were well focused, they know what they came for, that any other position was suitable.

Maricet was immaculate, with almost all his fights won by ippon, he expressed in exclusive to Prensa Latina.

The Panamerican match in Havana (in April) is a great opportunity to make ours who have not yet achieve classification can be included in the advanced group and a final event would be in Guadalajara in May, he noted.

Cuba would also participate in the Grand Prix of Georgia and Turkey, in April, but there must compete those placed in top positions in the world ranking: Dayaris Mestre (48), Yalennis Castillo (78) and Idalis Ortiz (over 78). I think we can carry five, now we have three almost safe, and these two are very close.

Thus, Cuba ended at 5th place with 3 gold medals at the Open Judo of Buenos Aires, Argentina, to settle at the 2nd place in the tournament, which was attended by 239 athletes from 45 countries, looking for points to the Olympic ranking.

Softball
The men's softball team of Santiago de Cuba leads with 5 wins and 1 loss, the National Softball Championship based in the eastern city of Ciego de Avila until next March 20th, said Batista Sarmiento, National methodologist of the discipline.

The fight takes place in the court of the National Softball School and the Vicente Sports Complex, with the presence of payrolls of Havana, Villa Clara, Holguin, Granma, Santiago de Cuba and the host.

After the first 6 commitments for each participating team, Ciego de Avila goes in 2nd place with 4-2, while Havana and Holguin show 3-3, Villa Clara 2-4 and Granma 1-5.

The competing system is all against all in one first round with double daily game among the payrolls involved and remain alive the first 4 classified, while the next phase will apply the "Page" system, which faces the 1st-2nd places, and 3rd-4th places; thus, the winner between 1 to 2 caps qualifies directly to discuss gold, and has to wait for its rival from the top among the other 2 teams.

According to the website of NORCECA, Mayra Ferrer's disciples won the bronze on Sunday by defeating 2-1 (15-21, 21-18 and 15-11) the Canadian duo of Saxton-Cockrell, to conclude in 1st place and undefeated team in the qualifying Group A with 3 wins balance.

Meanwhile, Cuban Nivaldo Díaz and Sergio González will compete from March 31st to April 4th in the 2nd stage of the Circuit, based in Sonora, Mexico.

Football
With an own goal in the final minutes of the match, La Havana defeated Las Tunas 2-1 at the Pedro Marrero Stadium in this capital, during the 5th date of 101st National Football Championship, to remain alone at the top.