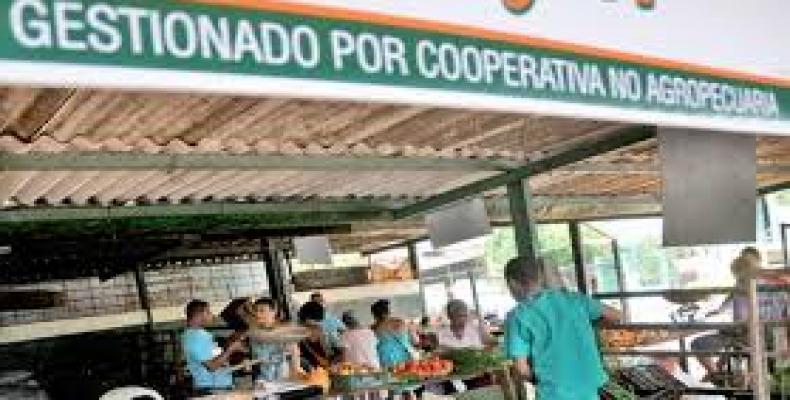 The participation of Cuban cooperatives in the 2nd Fair for Conciliation and Assurance ¨Plan 2016 of the National Economy¨ in this city, endorsed the recognition of the country to this form of management, which extends in search of greater dynamism and efficiency.

Expocuba's Central Pavilion served as headquarters to the 18 collective organizations accredited to that business meeting that ran until April 2nd and allowed the different economic actors agreeing on offers and services that will ensure the planned production processes for the coming year.

Cuba to Show Opportunity of Economic Updating in Panama

Cuba will show during the business forum, parallel to the 7th Summit of the Americas in Panama, several opportunities of its economic updating offers to the world, an official source stated.

Interviewed by the Cuban News Agency, Rodrigo Malmierca, Minister for Foreign Trade and Foreign Investment, said Cuba is going to the forum to show the possibilities this process is giving, as of the approval of Law 118 of the Foreign Investment and the Mariel Special Development Zone.

These are two essential issues to explain, as they are an expression on how much the island is making to update its national model, while it reflects how our country is today very different to previous decades, mainly in the economic sphere, Malmierca said.

In such sense, he stated that the current changes point to a more efficient model, where the state socialist enterprise and planning are playing a main role, but in which other non-state forms of production and services have also an important role.

In a context marked by the announcement of Cuba and the United States of moving forward to normalization of ties, Malmierca stated that the Cuban part has always been in favor of the existence of relations with the northern country, especially in the economic sphere, where the effects caused by the Washington economic blockade on the island still persists.

The minister stressed that if diplomatic relations are re-established and some of the trade restrictions are lifted, U.S. business people will enjoy the same treatment to that offered to the rest of the world that maintains today ties with Cuba.
Although the U.S. president cannot eliminate the blockade, he has broad prerogatives "beyond the measures approved in January 2015," which could contribute with substantive steps to move towards the normalization of bilateral relations, the Minister finally said.

The MS Serenissima cruise, with tourists from Finland, officially closed the 2014-2015 cruise season in the city of Santiago de Cuba, considered the one with the largest number of berths in the last 5 years.

Before boarding the bus that led them to sites of historic, cultural and heritage interest, some visitors expressed the fond memories of Havana, Trinidad, Cienfuegos and Santiago de Cuba.

Ivonne Cronström, COO of the Finish Axtours travel agency, said in exclusive interview with ACN she could see with her own eyes the tourism product that sells and described this destination as fantastic.

MS Serenissima included Cuba for the first time in the cruise season that began last November and closed some days ago.

During these months it made 4 berths in the eastern city, 3 of them with the travel agency Cubatur as receptive and one shared with Viajes Cubanacan.

Alexis Hartman, director of Cubatur Santiago travel agency, said that 22 berths occurred in the season and predicted that next year will be higher.

The MS Serenissima came to Santiago de Cuba from Cienfuegos and departed at 5 p.m. towards the Dominican Republic.

Cuba and Trinidad-Tobago signed a bilateral collaboration accord in tourism to promote and increase the flow of travelers and to boost the Caribbean multi-destination.

A communiqué by the Cuban Tourism Ministry explained that the accord came in as part of a visit to Havana by Trinidad-Tobago's Tourism minister Gerard Hadeed, who penned the document along his Cuban counterpart Manuel Marrero.

The agreement includes the training of personnel, investment promotion, the exchange of expertise and scientific experience, environmental evaluations and the development of new tourist products.

Mr. Hadeed and his delegation visited Cuba between March 28th and 31st as they toured tourist and patrimonial facilities and other sites of interest. They also visited the Havana's tourism training centers, where they learned about the professional courses for personnel in the sector.

The Trinidadian delegation held talks here with the Minister of Foreign Trade and Investment, Rodrigo Malmierca and with government vice-president Ricardo Cabrisas.