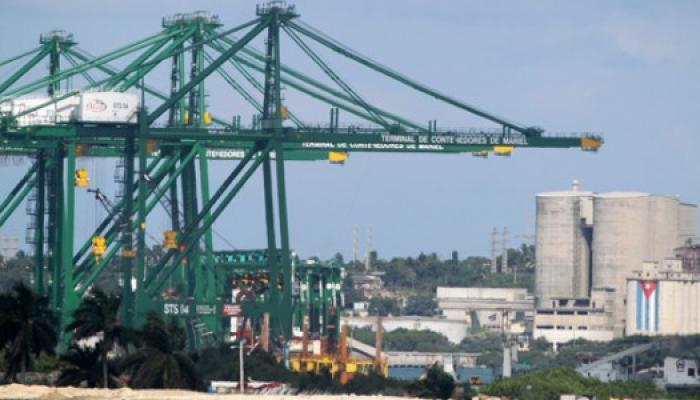 Cuba Is Open to US Investments

Senior Cuban officials told participants at the recently concluded 10th World Economic Forum on Latin America that the government is eager to receive foreign investment, and has taken measures to make Cuba an attractive investment destination. The meeting was a historic one for the country, which has recently initiated diplomatic relations with the US after half a century.

On the topic, Lina Pedraza Rodríguez, Minister of Finance and Prices of Cuba, said the country urgently needs to modernize its economy so as to protect the achievements of the Cuban Revolution and for that, it requires foreign investment, including from the United States arguing that “Cuba is open to investment from the United States. It has never been closed... our government has achieved a stabilization of macroeconomic indicators, is engaged in productive negotiations with its foreign creditors, and is moving to eliminate its dual currency system. The state will maintain its leading role in the economy, but private and foreign companies can operate with their property rights secure.”

For her part, Deborah Rivas, General Director, Foreign Investment, Ministry of Foreign Trade and Foreign Investment, Cuba, emphasized that laws are in place to protect foreign investment. “We want to make policy transparent and provide legal certainty to foreign investors,” she said. Cuban law now permits foreigners to fully own businesses and all of those businesses’ assets. Investors are free to sell property and repatriate profits. Cuba has also created a special industrial zone, Mariel, with particularly investor-friendly regulations.

“The actions taken by the Cuban government with its new trade zone open up the potential of strategic investments from Mexico. Mexican companies are very excited,” Ildefonso Guajardo Villarreal, Secretary of Economy of Mexico, said.

Cuba is especially interested in attracting investment in agriculture, since the country currently spends heavily on food imports. Even though all land belongs to the state, private investors can acquire 99-year leases and own everything built on and produced by the land. In other sectors, such as biotechnology, health care and tourism, Cuba has competitive advantages that should attract investment, Rivas said.

“Mexico is a strong supporter of the modernization efforts under way in Cuba,” José Antonio Meade Kuribreña, Secretary of Foreign Affairs of Mexico, said. Mexican businesses, building on the long-standing friendship between the two countries, are leading the way in investing in Cuba. A trip last year of 68 Mexican business leaders to Cuba has already resulted in 50 investment projects.

More than 750 participants took part in the 10th World Economic Forum on Latin America in Riviera Maya, Mexico from 6th to 8th May 2015 whose slogan was “Advancing through a Renovation Agenda”.

Head of International Agricultural Organization to Arrive in Cuba

The president of the International Fund for Agricultural Development,(IFAD) Kanayo Nwanze has been visiting Cuba since Wednesday in an effort to boost bilateral cooperation between that organization and the Caribbean nation, amid ongoing transformations in Cuban economy.

According to the Cuban Foreign Ministry and the Cuban embassy in Rome, where the fund is based, the trip is particularly significant since this is the first time that a president of that international organization visits the island.

Nwanze told the media that Cuba has for years carried out transformations in its agricultural sector, which deserve support and attention, that's why my official visit, the official said.

Nwanze said that the Cuban government has focused on the development of cooperative farms to empower the role of small farmers in guaranteeing food security.

At present, IFAD is sponsoring a rural development project in the Cuban eastern region. The initiative, which kicked off in 2014, aims at increasing corn and bean production, two important staples in the diet of the Cuban people.

Cuba’s travel industry remain as hot as it gets, posting figures in the course of this ongoing year that bear out the outcomes chalked up in 2014, when more than 3 million vacationers visited the island nation and over $2.7 billion worth of revenues were raked in.

During the opening press conference at the recently closed 35th edition of the International Tourism Fair (FIT Cuba 2015), Tourism Minister Manuel Marrero Cruz explained that Cuba has put a large business portfolio of 53 different projects in the hands of potential foreign investors.

Right now, there are 26 joint ventures operating in Cuba. One of the most striking developments in this year’s fair is the massive turnout of travel agencies, airlines and tour operators from the United States (156 companies in all) that attended this trade show in Cuba for the first time.

Relations between Cuba and the Kingdom of the Netherlands are based on the mutual interest of working closely together, based on equality and respect, asserted in this capital Bert Koenders, Minister of Foreign Affairs of the European nation.

The purpose of the visit is to strengthen ties and build bridges between the two peoples, which have always maintained friendly relations, as well as identify economic opportunities for the benefit of both countries and intensify political cooperation, Koenders said in a news conference.

At present, Cuba and the Netherlands exploit new ways for cooperation and strengthen others already established, first, in the area of economic cooperation, agriculture, tourism, energy and ecology, commented the FM.

Koenders acknowledged the huge potential in the field of education and how profitable educational exchanges between Cuba and the Netherlands are being. At present, the two countries are working on two large investment projects, yet to be specified, he informed.

During the conversation with Cuban and foreign press, the Minister of Foreign Affairs of the Kingdom of the Netherlands reaffirmed his country's rejection of the economic, commercial and financial blockade imposed on Cuba by the United States.

In other priorities, the Foreign Minister reasserted the willingness of the Netherlands to act as intermediaries with regard to relations between Cuba and the European Union.

"We think we have been one of the key actors in the encouragement and promotion of the next round of negotiations between Cuba and the European Union" recently announced by the High Representative Mrs. Federica Mogherini and Foreign Minister Bruno Rodriguez, he added.

The Foreign Minister of the Kingdom of the Netherlands was received last Thursday by Miguel Diaz-Canel, member of the Political Bureau of the Cuban Communist Party (PCC) and First Vice-president of the Councils of State and Ministers.
Mr. Bert Koenders described his official visit to the island so far as fruitful and very positive. Diplomatic relations between the Kingdom of the Netherlands and Cuba were established on May 20th, 1902, and currently the European country is one of Cuba's major trading partners, as well as one of the first export destinations of Cuban products.

The governments of Cuba and Finland recently signed a political declaration for the resumption of official cooperation between the two nations.

Signing the document at the Cuban Foreign Ministry were Rogelio Sierra, Deputy Foreign Minister, and Pertti Torstila, secretary of State for Foreign Affairs of Finland.

Bilateral relations were broken after the adoption, by the European Union (EU) of the so-called Common Stance, a document signed on December 2nd, 1996, by the 27 member states of that regional organization, which conditions its bonds with Havana to the adoption, by the Cuban government, of changes in its political system, something that the island totally rejects.

However, in mid 2012, there were signs of recovery with respect to bonds between Cuba and Finland.

Omar Gonzalez, president of the Cuban Institute for Friendship with the Peoples, traveled in 2012 to the European nation, with the purpose of undertaking new cooperation projects between his organization and the School of Arts and Design of the University of Aalto.

Likewise, Aino-Kaisa Pekonen, president of the Finland-Cuba Parliamentary Friendship Group, met in November in Helsinki with Gonzalez, her counterpart on the island.