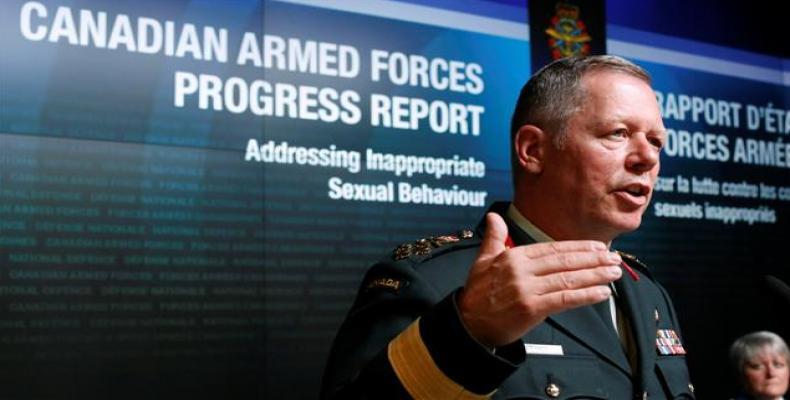 Ottawa, August 31 (RHC)-- The Canadian military has warned against a dramatic surge in the number of sexual offense complaints among its ranks, saying the figure is expected to increase 22 percent this year.

In a disturbing report on Tuesday, the military said it received 106 founded complaints of sexual misconduct in the first six months of the current year, which warranted a criminal probe.  If the second half of the year sees almost the same number of complaints, as a Department of National Defense spokesman estimates, the expected 212 cases for 2016 will then top the 174 cases last year by 22 percent.

However, the rise in sexual assaults and harassment cases in the Canadian military is perceived as a "positive indicator" in the report, which argues that "military members are more aware of the problem and more confident in stepping forward and reporting incidents."

Chief of the Defense Staff of the Canadian military General Jonathan Vance said 30 people faced "career-impacting" punishments as a result of the investigations from April to July.

The first report shocked the North American nation when it was released on April 30, 2015.  It showed that sexual misconduct was "endemic in the Canadian military.  The report also revealed that a widely-held perception in the lower ranks was that the higher ranks condone inappropriate sexual conduct or are ready to turn a blind eye.