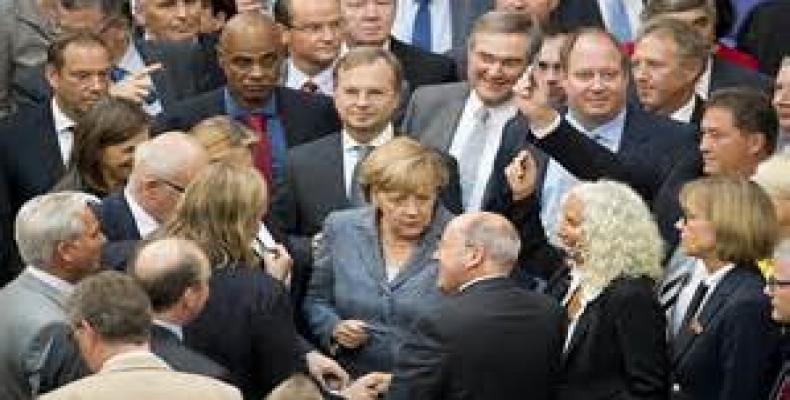 Berlin, September 6 (RHC)-- Germany's far-right party made gains in local elections -- after a campaign filled with racism and xenophobia against refugees -- scoring ahead of Chancellor Angela Merkel's party and securing seats on nine of 16 regional parliaments.

The Alternative for Germany party, or AfD, obtained about 22 percent in its first bid for seats in the regional parliament of Mecklenburg-Western Vorpommern, partial results show.  Merkel's Christian Democratic Union garnered just under 20 percent in its worst-ever showing in the northeastern state, while the Social Democrats maintained top place with around 30 percent.

Analysts say that the AfD has been able to reach out to some German sectors on the basis of scapegoating refugees, due to the current economic crisis.  Compared to other parts of Germany, the northeastern state hosts just a small proportion of migrants under a quota system based on states' income and population having taken in 25,000 asylum seekers last year.

The AfD was founded in 2013 at the height of Europe's sovereign debt crisis on an anti-euro platform, but it has now firmly repositioned itself as a racist, fear-mongering group.  Leading AfD members regularly spark outrage over racist remarks -- including one suggesting that a German team with fewer non-white players could have beaten France in the Euro 2016 Soccer semi-final.