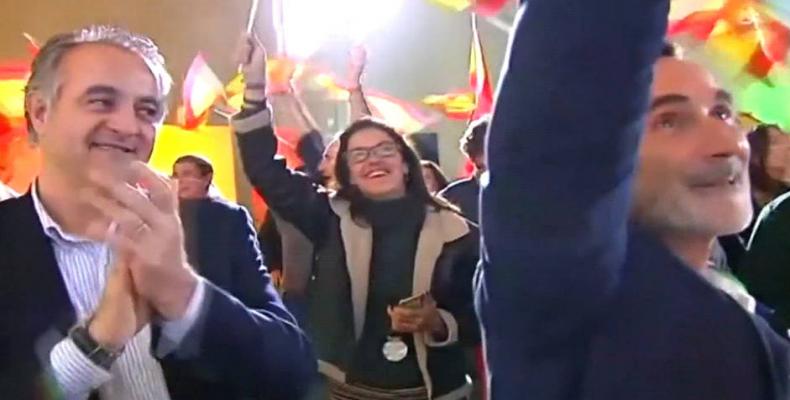 Madrid, December 4 (RHC)-- In Spain, the far-Right Vox party won a number of seats in a regional parliamentary election in Andalusia -- the first successful election for the far right in Spain since the country returned to democracy in the 1970s after the death of military dictator Francisco Franco.

Former Donald Trump adviser Steve Bannon threw his support behind Vox earlier this year and has apparently been advising the far-Right party.

Vox campaigned on an anti-immigrant, anti-abortion platform and many observers are worried about the rise of far-Right political populism in Spain.