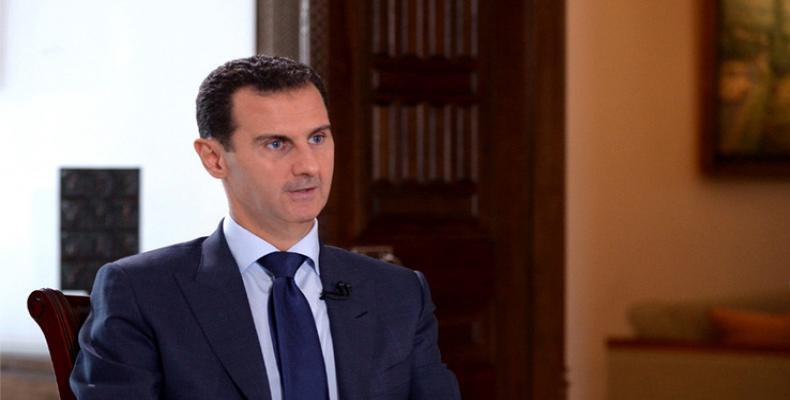 The U.S. Central Command has claims it may have unintentionally struck the Syrian airbase in Dayr al-Zawr while carrying out a raid against Daesh and that the strikes were halted in less than five minutes when Russia called the U.S. to halt it.

Assad, in an interview with the Associated Press conducted Wednesday, also blamed the US for the collapse of a ceasefire deal brokered with Russia.  He said Washington "doesn't have the will" to join the fight against the Daesh group, which the U.S., Turkey and their allies have cited as the reason for their military intervention in Syria.

The Syrian president said the war, now in its sixth year, is likely to "drag on" because of what he said was continued foreign support for Takfiri terrorists and numerous militant groups.  He also rejected accusations that Syrian or Russian planes struck a UN aid convoy in Aleppo and denied that his troops were preventing food from entering the militant-held part of the city.