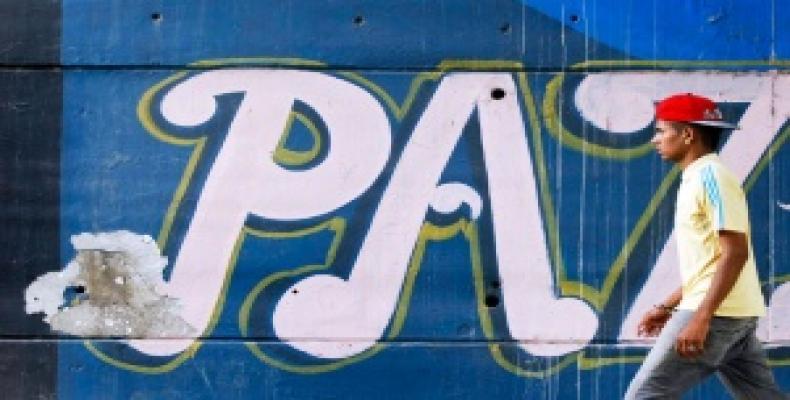 Havana, October 12 (RHC)-- The Colombian government of President Juan Manuel Santos and the Revolutionary Armed Forces of Colombia-People's Army (FARC-EP) announced that they will continue talks to consider adjustments to their bilateral peace agreement, after it was rejected by a slim margin in the October 2nd plebiscite.

Delegations from the national government and the FARC-EP issued a joint communique after they met in the Cuban capital with guarantor countries and the head of the United Nations' special mission in Colombia, Jean Arnault.

In the communique, the two sides agree that the peace deal signed on September 26 in Cartagena de Indias, after almost four years of intense peace talks, contains the necessary reforms and measures to lay the foundation for peace and guarantee an end to the armed conflict in Colombia.

It reads: “We, nevertheless, recognize that those who voted NO in the plebiscite this past October 2 won, although by a slim margin.”

In their joint statement, the Colombian government and the rebel group vow to engage in a public consultation process to listen to different sectors of Colombian society in order to understand their concerns.
“The proposed adjustments and clarifications that result from this process will be later discussed by the national government and the FARC-EP,” read the communique.

Both sides also reiterated their commitment to maintain the Ceasefire and the Bilateral, Definitive End to Hostilities decreed on August 29th, with monitoring and verification by a tri-partite body.