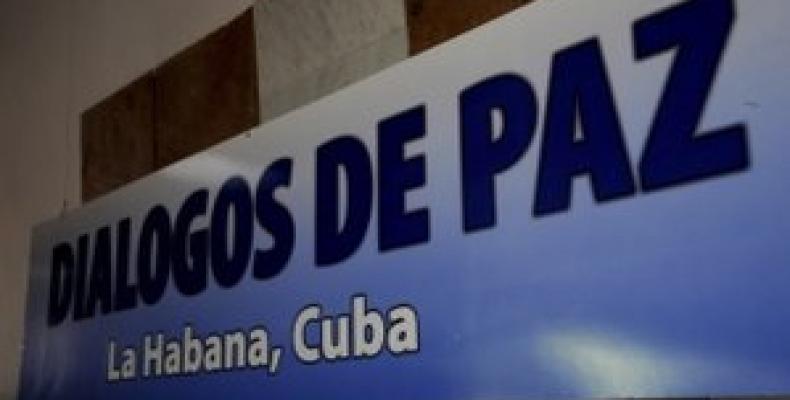 Havana, Apr 29 (Prensa Latina)  In a joint communiqué, the delegations of the Revolutionary Armed Forces of Colombia-People's Army (FARC-EP) and the Government of President Juan Manuel Santos have confirmed that the discussions of remaining issues, are being held simultaneously with those about the end of the conflict.

During the most recent round, which the parties have described as "intensive and productive", the participants were visited by the Director of the National Protection Unit, Diego Mora, as part of the Subcommittee for Security Guarantees.

The parties examined the likely mechanism to protect those who surrender their arms and debated the security mechanisms for the communities and organizations in the territories with Diego Mora,

They also reported that they continue to review Political Participation and the Problem of Illicit Drugs as part of a subcommittee created for this purpose.

The delegations will meet again at the negotiating table on May 4.

Since 2012, the parties have been meeting in Havana, seeking a political solution to the armed conflict of over half a century,  a conflict that has that claimed some 300,000 lives and left millions of displaced people.

The teams led by Humberto de la Calle and Ivan Marquez have already reached partial agreements on the issues of Rural reform, Political Participation, the Fight against Illegal Drugs and Drug Trafficking, and the reparation of the victims of the conflict.