Clashes Continue in France Over Police Assault on Black Man 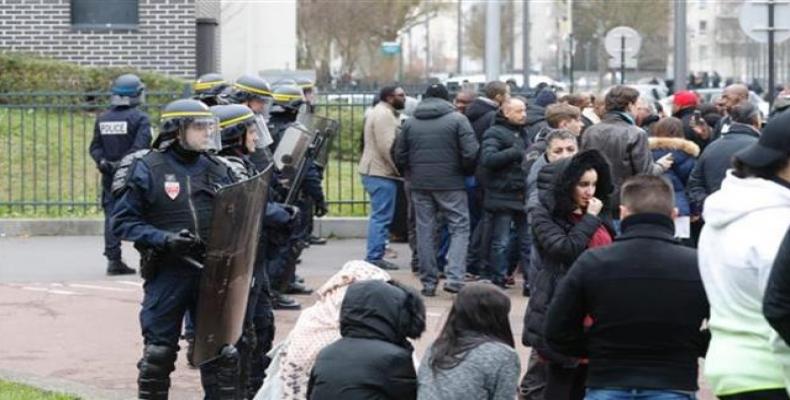 Paris, February 13 (RHC)-- More violence erupted over the weekend after some 2,000 demonstrators gathered outside the courthouse in Bobigny, northeast of the French capital, carrying banners and placards that read “Police rape,” and “Police kill innocent people.”

Reports said clashes broke out after a handful of protesters hurled projectiles at police on a footbridge and several vehicles and refuse cans were torched.  French police said several vehicles, including a media truck, had been set on fire, also saying that their forces had to “intervene to rescue a young child trapped in a burning vehicle.”  No casualties were reported during the latest clashes.

Similar rallies took place in other French cities, including Rouen, where some 200 people demonstrated, while around 250 people rallied in Toulouse and more than 300 in Nantes.  Officials said that four people had been arrested in the Mediterranean port city of Marseille earlier in the day during another march against police violence.

The protests come in the wake of nightly unrest in Aulnay-sous-Bois, where police beat and raped a 22-year old Black man — identified only by his first name, Theo — back on February 2rd.  He suffered severe injuries during the assault and was taken to hospital for an emergency surgery.

Each of the four officers involved in the incident has been charged with aggravated assault, and one was charged with rape, according to French Interior Minister Bruno Le Roux.