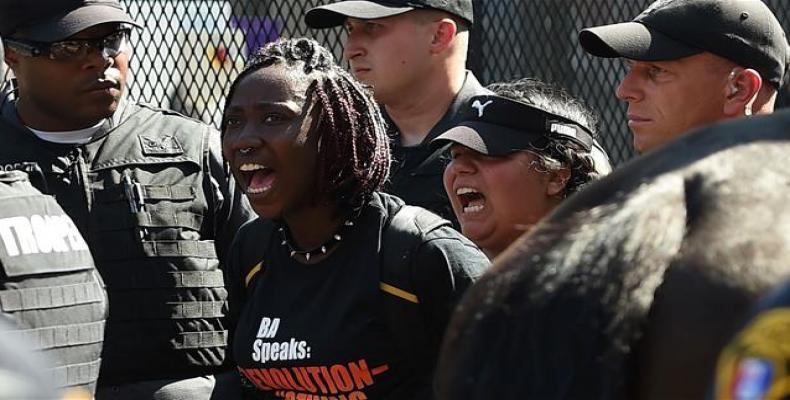 Washington, July 21 (RHC)-- In the United States, members of Black Youth Project 100 and Black Lives Matter attempted to shut down offices of the Fraternal Order of Police in Washington, as well as the Patrolmen’s Benevolent Association in New York City.

Activists locked themselves to the steps of the Fraternal Order of Police with chains, while others blocked intersections surrounding the headquarters.  The activists are demanding police officers stop paying dues to the private unions, which they accuse of defending police accused of brutality.

Black Youth Project organizer Clarise McCants says the Fraternal Order of Police "acts like a college fraternity and is responsible for maintaining the harmful, lethal, unethical, and unaccountable culture of policing while the families and communities impacted when officers brutalize civilians are left to mourn with little, if any, semblance of justice."