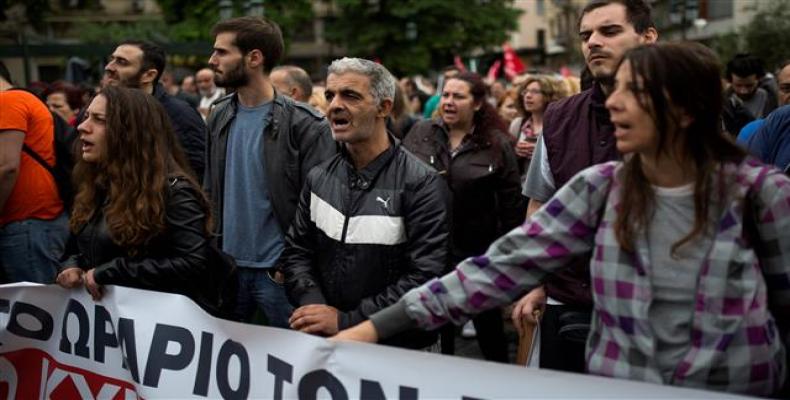 Athens, May 18 (RHC)-- Labor unions in Greece have staged a 24-hour strike across the country against new austerity measures demanded by the country’s international creditors, causing major disruptions in travel and public services.

The walkout on Wednesday shut down maritime traffic for a second day as many flights had to be cancelled or rescheduled and health care facilities had to operate on emergency staff.

The government of Greek Prime Minister Alexis Tsipras reluctantly accepted to legislate another round of pension cuts and lower tax breaks — applicable in 2019 and 2020 respectively — in a bid to unlock a cash payment ahead of looming debt repayments in July.  Athens is hopeful that the loan payment will be approved in a meeting of eurozone finance ministers scheduled for May 22nd.

“We want to send a decisive message to the government, the European Union, and the International Monetary Fund that we will not let them cut up our lives,” said a senior member of Communist union PAME, Alekos Perrakis.

Separate protest actions are also planned to be carried out in the capital, Athens, and other major cities throughout the day.