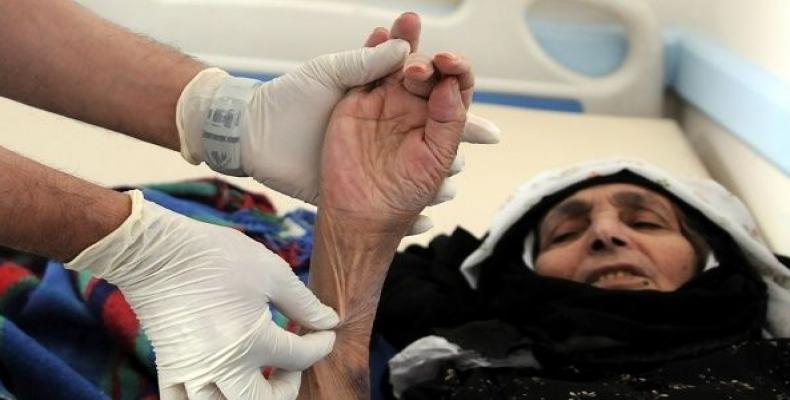 Geneva, June 8 (RHC)-- The World Health Organization says the number of suspected cholera cases in conflict-ridden Yemen has exceeded 100,000 in less than two months, with the death toll hitting over 780.

A cholera outbreak began in Yemen on April 27th.  This is the second wave of the disease in the Arabian Peninsula country, where 19 million people are in need of help with food shortages and hunger spreading.  Cholera infection first became epidemic in Yemen last October and spread until December, when it dwindled.

Cholera is an acute diarrheal infection that is spread through contaminated food or water.  It can be effectively treated with the immediate replacement of lost fluids and salts, but without treatment it can be fatal.

The WHO had earlier warned that the number of cholera cases in Yemen could hit 300,000.