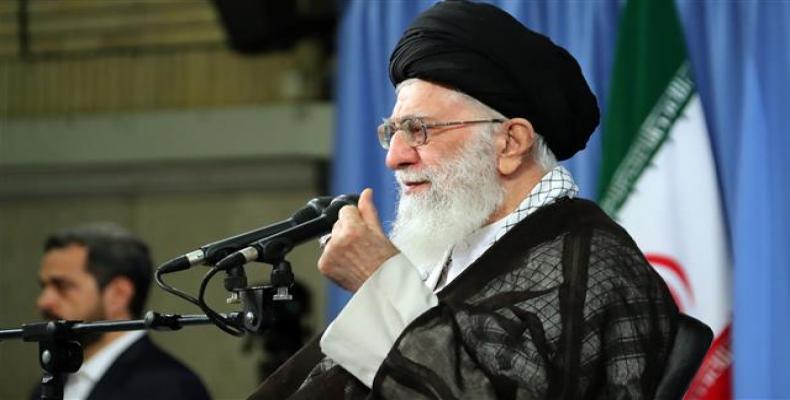 In Tehran on Sunday, Khamenei said that the recent threats by U.S. officials to change the Islamic establishment in Iran is not a new policy, and over the past four decades the Americans have never stopped in their attempts to overthrow the Islamic Republic.

However, Ayatollah Ali Khamenei said that all their efforts against the Islamic Republic have ended in failure.

Downplaying Washington's claim of regime change in Iran, Ayatollah Khamenei said: “Do not look at the bluster of this guy who has just come [to office as president] in America.  These [anti-Iran claims] are not new.  These have been there since day one, but their language and tone has changed.”

Referring to recent remarks by American officials about changing the Iranian government, the Iranian leader noted: “They say we want to change the Islamic Republic establishment.  Well, when have you not wanted to do this? You always wanted and you always failed and your nose has been rubbed in the dirt; [and] it will be like that from now on.”

Leader of the Islamic Revolution Ayatollah Ali Khamenei said that U.S. authorities do not know the Iranian nation, adding that the new White House leaders are like nascent hooligans who scare people by brandishing their knives until somebody punches them in the mouth and puts them in their place.

Ayatollah Khamenei said the Islamic Republic is standing against world powers with full strength and will continue to do that in the future.