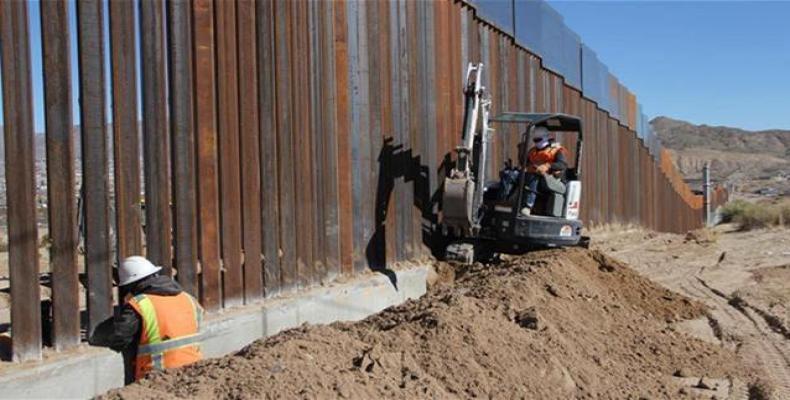 Washington, August 3 (RHC)-- In the United States, the Department of Homeland Security says it will exempt itself from having to follow environmental rules while constructing Trump’s promised wall on the Mexican border.

The Army Corps of Engineers has already begun drilling at some places along the border.  Lawyers with the Center for Biological Diversity say the move to exempt the Department of Homeland Security from following environmental laws is unconstitutional.

In related news, The Washington Post has published the transcript of Trump's call to Mexican President Enrique Peña Nieto in January, shortly after the U.S. president took office.  During their conversation, Trump described his vow to charge Mexico for building the wall as a growing political problem, pressuring the Mexican leader to stop saying publicly that his government would never pay.

“You cannot say that to the press,” Trump said repeatedly, according to a transcript of the January 27th call obtained by The Washington Post.  Trump made clear that he realized the funding would have to come from other sources but threatened to cut off contact if Mexican President Enrique Peña Nieto continued to make defiant statements.